For those of you who haven’t read my previous posts on Eliwagar, they are a Pagan Folk group in Norway. This video definitely tops all their other videos in capturing the epic beauty of the Norwegian landscape and spirit. Enjoy the view of the fjords as well as a mid-video sword fight.

10 Reasons Why You Should Live in an Earth Ship

This article shows how Earth Ships implement the technology of the 21st century, and do so in a sustainable and earth friendly way.

Imagine living in a house that helps you grow your own food – pretty neat huh?

Also, according to this article, Earth Ships are more affordable than regular houses.

The only thing that would probably get in the way are neighborhood zoning laws.

Sigh, bureaucracy is a bitch.

Pachamama – An Alliance for the Indigenous Amazonian People

Check out the Pachamama Alliance Here

The Pachamama Alliance is recognized as one of the most effective organizations in protecting the rights of the indigenous people of the Amazonian Rainforest, the Achuar. This organization began with a dream. In the 1980’s, the indigenous Achuar people had a vision of destruction coming to their land. This vision came true with the invasion of the oil industries in Achuar land. The Achuar reached out for help from those in the modern world, and this request was answered. People from the modern world have teamed up with the Achuar to help protect their native land. Go to the link above to learn more about this organization.

Týr with Leave’s Eyes Vocalist Liv, “The Lay of Our Love”

I tend to find most male/female metal duets to be cheesy, but not this song. Liv Kristine from Leave’s Eyes joins forces with Týr to do this powerful duet and music video. Both singers have strong and enchanting voices on their own, but when they come together they form a perfect harmony.

Týr’s music covers themes of Norse Mythology, Paganism, and Faroese/Nordic lore. The band has an anti-racist position and has declared themselves to be a form of music that does not condone hate or violence.

While Týr is an excellent group of musicians, the one major criticism I’ve heard about them is that they have a hard time sticking to one musical style – they are very experimental – for better or for worse! So enjoy this song and check out the lyrics below.

THE LAY OF OUR LOVE LYRICS

[Note, I noticed that the first stanza mentioned the word “leaves” and “eye”, is this a pun on Liv from Leave’s Eyes?] (Lyric Source)

Pentacles of Pride – A Pagan Nonprofit And Charity 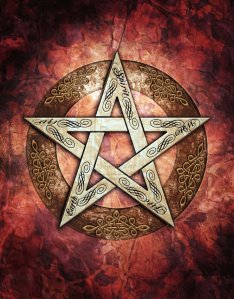 Pentacles of Pride is a Non-Profit that seeks to help provide support to community centers and aid to children in times of need.

They will send a free pentacle to anyone who needs one.

They are also hoping to provide resources to help fund temples, retreats and public service.

It’s good to give a shout out to a Pagan Organization that is trying to spread good in the community. 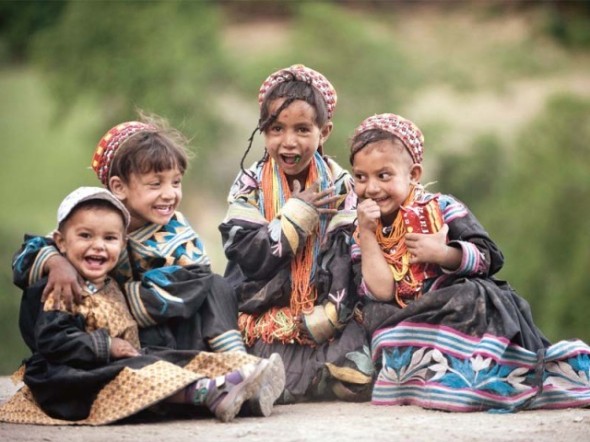 On the border between Pakistan and Afghanistan there is a happy tribe of Animists called the Kalasha.

They are said to be descendants from Alexander the Great’s army who settled down in Pakistan.

Despite their war mongering ancestry, the modern day Kalasha are a peaceful people.

The very colorfully dressed women are sexually liberated and choose who they want their mates to be. 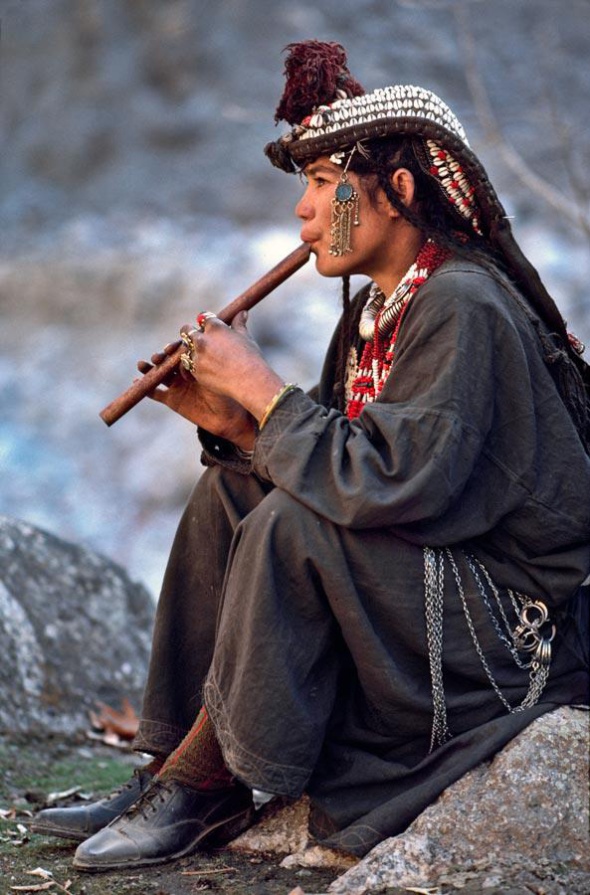 Druidcraft by Phillip Car-Gomm – A Merger of Witchcraft and Druidry

A Podcast about the book from Phillip Car-Gomm

Phillip Car-Gomm’s “Druidcraft” is a must read for anyone who is interested in both Druidry and Witchcraft. Now, in writing this book, Car-Gomm is not insisting that Witches and Druids everywhere must join forces together. Rather, he is saying that it is fine if you prefer to be just a Witch, or just a Druid; however, if you are interested in both of these paths, that it is perfectly reasonable to combined them together.

Druidcraft is an easy to read guide for those interested in this synthesis of spiritualities. Rather than being an Instruction Manual, it is part fiction, part non-fiction and part spiritual journey all blended together.

Each chapter begins with a Bard telling a story, just as the teachers in the old Bardic schools did. Some of these stories are old Celtic tales with their structures intact, and then with some of the tales, Car-gomm tells them in a new way. Car-gomm refrains from explaining the stories too much, stating that the power of each tale lies in their ability to sneak past the rational mind. Car-gomm takes the reader to a mythical school in the Otherworld named “Avronelle.”

Each tale is followed by a colloquy – which is a dialogue between a teacher and student. This was a common technique for learning among the Ancient Greeks and (theoretically) the Ancient Druids. After the colloquy is a practical section with a series of lessons that give suggestions on how to work with the presented ideas. Car-gomm makes it clear that these aren’t ideas set in stone, but a set of guidelines. The practical section is then shortly followed by the Historical Section.

Through this structure, Car-gomm explains the Druidcraft approach to magic, healing,  and seasonal celebration – as well as giving a brief history of Druidry and Witchcraft. 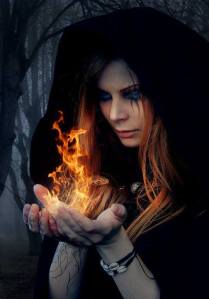 For those of you unfamiliar with the ways of Druidry and Witchcraft, they may seem like one in the same to you.

How are Druidry and Witchcraft Similar?

Both are Neo-Pagan paths that explore the Pre-Christian world of magic, the elements and nature spirituality. Both paths even follow an 8-fold, wheel of the year of holiday festivals that are connected with the rhythm of nature. Even more striking is the fact that the Neo-Pagan versions of these paths were founded around the same time – somewhere in the 1960’s. To clarify, I know that the revival of Druidry happened about 300 years ago during a period known as the “Druid Revival.” Yet much of the way that modern Druidry is practiced today has been shaped by the founding of OBOD by Ross Nichols in 1964 (and ADF arrived later in the 1980’s). Wicca, alternatively, is a religion based on witchcraft, was founded  by Gerald Gardner in 1954.

How are They Different?

Phillip Car-Gomm summarizes the differences below.

“Wiccans were interested in magic and spells, while Druids were more interested in history, the old Celtic myths and a ‘spiritual’ rather than ‘magical’ approach to life (page 14).”

In my opinion, Wicca has a more standardized version of spirituality: there is definitely a God and Goddess, there is definitely karma (results of the magic and energy you put out into the world), there is a specific way of doing magic that involves specific tools, there is the “threefold law,” and the “do as you will as none are harmed” rule of ethics.

Druidry is much less regulated, with more of an emphasis on spiritual exploration and learning magic through a journey. Most of the Wiccan texts I’ve read have had a “1,2,3” approach to spell craft, while Druid texts end up telling an old tale that reveals the lesson. The specific worship of a God and Goddess is less emphasized in Druidry. ADF is a much more, clear-cut polytheistic Druid organization. OBOD on the other hand, leaves the decision on how to see the Gods up to the practitioner. For this reason, it is not unusual to bump into a Christian Druid who is involved with OBOD.

Yet Druidcraft is a path for those who would like to combined both aspects of Druidry and Witchcraft together. Phillip Car-Gomm has the following to say about this spiritual synthesis:

“Many Wiccans have become interested in the history of the Druids, in Celtic myths, and in Druid animal and tree lore. At the same time, many Druids have become interested in the more intuitive and magical approaches to life that are found in Wicca. If you talk to people who are interested in Wicca or Druidry you will find that most of them are drawn to these spiritual paths for the same reasons.   In the past, subjects and disciplines were kept within defined boundaries. Today, we understand the value of synthesis, synergy and interdisciplinary studies. This is the spirit in which this book is written – to contribute to the field, not to detract from the uniqueness of each approach.” 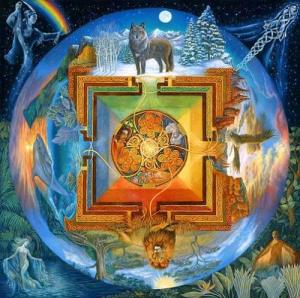