The Formation of God Seed: 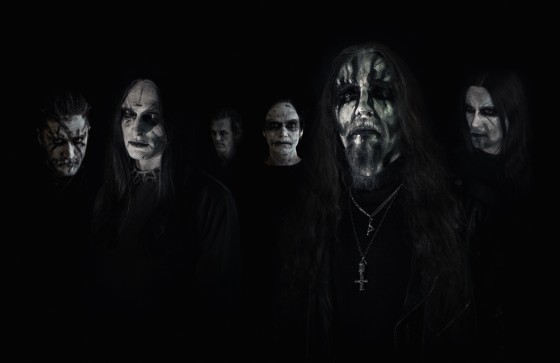 God Seed was formed in 2009 after Gaahl and King ov Hell lost the court battle over the rights to the former band name “Gorgoroth.” After losing the battle, Gaahl and King ov Hell chose “God Seed,” since it was the name of one of their songs. King says that the “God Seed” band represents a more spiritual side of their work, ” the will to grow; the will to be the super man, so to speak (Tune of the Day).”

The video above is a song from their first album “I Begin.” 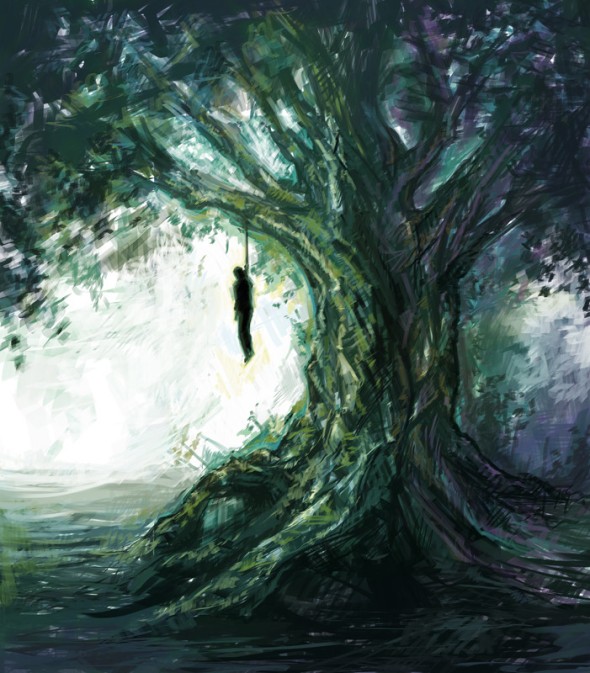 What is the meaning of this song itself, “Alt Liv”? I found many reviews of the song, but not much about its actual meaning.

From what I could find, the Norwegian title itself refers to “everything that lives.” This matches the idea of the band “God Seed” in general to reflect the Will – or the God within, the growth of the seed of power. Everything lives, everything grows.

What does the video itself mean?

There are several symbols here that refer back to Norse Mythology.

Odin is the all father of the Norse Gods. He hung himself upside down from the World Tree, the gigantic ash Yggdrasil. He hung there for nine days and nine nights, pierced by his own spear. He made of himself a sacrifice to himself. Finally he fell from the tree, when he received the flash of insight that revealed the secrets of the runes.

In this video, we see a man hanging from a tree. There are also ravens that fly from the tree (ravens are one of Odin’s attributes). Huginn (“thought”) and Muninn (“memory”) were two of his ravens that would fly all over the world and bring back information. Ravens are often pictured sitting on Odin’s shoulders. In this video, the feather of the raven occurs as a frequent image.

There are three boys in this video who see the man hanging from the tree, but only one has the courage to pick up the spear and pierce the hanging man. Perhaps this reflects the idea that it takes courage and even a bit of audacity to confront the deep knowledge within oneself.

There was also a woman in the video working magic, perhaps this is a reference to the Seiðr magic that was specifically practiced by women. Seiðr was associated with both Odin and the Goddess Freya.

Of course these are just my interpretations. Perhaps God Seed did not have such a specific meaning for their video. Yet the allusion to Norse Myth and the quest for knowledge emerges as a very apparent theme.

Týr with Leave’s Eyes Vocalist Liv, “The Lay of Our Love”

I tend to find most male/female metal duets to be cheesy, but not this song. Liv Kristine from Leave’s Eyes joins forces with Týr to do this powerful duet and music video. Both singers have strong and enchanting voices on their own, but when they come together they form a perfect harmony.

Týr’s music covers themes of Norse Mythology, Paganism, and Faroese/Nordic lore. The band has an anti-racist position and has declared themselves to be a form of music that does not condone hate or violence.

While Týr is an excellent group of musicians, the one major criticism I’ve heard about them is that they have a hard time sticking to one musical style – they are very experimental – for better or for worse! So enjoy this song and check out the lyrics below.

THE LAY OF OUR LOVE LYRICS

[Note, I noticed that the first stanza mentioned the word “leaves” and “eye”, is this a pun on Liv from Leave’s Eyes?] (Lyric Source)