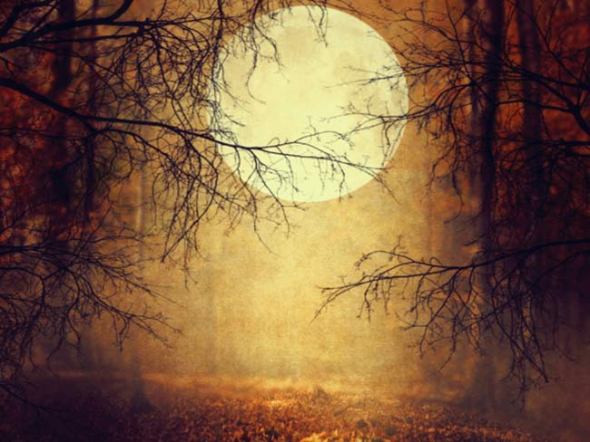 Samhain is the ancient Irish festival that became Halloween as we know it.

“The Celts believed the year was divided into two parts, the lighter half in the summer and the darker half in the winter. Samhain, or Halloween as it is now called, was the division between these halves. The Celts believed that the veil between our world and the other world was thinnest at this time. Oíche Shamhna (October 31) is Halloween and Lá na Marbh (November 1) is the Day of the Dead, or All Saints Day, when those who have passed away are remembered.

According to the American Folklife Center at the U.S. Library of Congress, Celts wore costumes to confuse the spirits now roaming our world and to avoid capture. (Irish Central)”

Want to learn more about Celtic Halloween legends? Read the rest of the article at Irish Central. 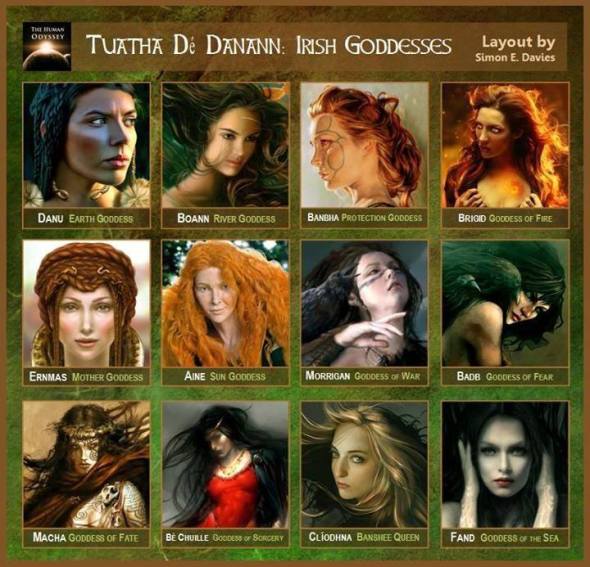 Although I’m sure not everyone imagines Irish Goddesses in the way that Simon E Davies does, I still wanted to take the time to point out his excellent art. Sometimes it pays to have a visual of the Gods and Goddesses, in order to make them more familiar.

Primordial was originally a cover band that covered songs by Black Metal groups such as Bathory and Venom. But then they started performing their own Celtic influenced music. In terms of vocals this song has the organic simplicity of a punk, or Flogging Molly song. Yet this song still packs a punch with atmospheric, black metal instrumentals. While this song is pretty simple, it does convey the power of a primordial, ancient past.

To whatever shore
You know as your own
We stand as one, we stand alone