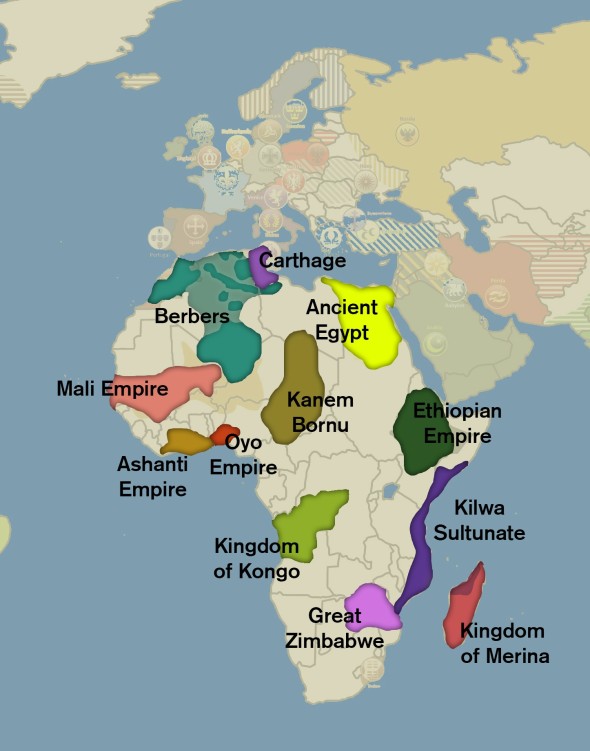 Most of the African countries that exist today are a remnant of British and French colonial rule, where borders were often drawn arbitrarily.

This map shows the pre-colonial empires that existed. I think it might also be pre-Islamic.

Genre: Melodic Death Metal (though this particular song is more heavy metal in my opinion)

Two weeks ago Amon Amarth released their new music video for “Mjolner, Hammer of Thor,” from their new Berserker album.

Of all the Amon Amarth stuff I’ve heard, this is their most different sounding content yet. It sounds more heavy metal than their stuff in the past. Though I’m not sure if I’m a fan, because in my opinion, I like it when a band retains something of their signature sound, while changing it up in various ways. Behemoth, for example, does a great job of that. The Satanist was very different, but if you listened to it, you could definitely tell that it was Behemoth.

With this song, and some of the other songs I’ve listened to from Berserker, I wouldn’t be able to tell it was Amon Amarth (if not for the vocals). And this particular song sounded too much like a generic heavy metal song, of which there are already plenty.

My suggestion to Amon Amarth for their next album is to get back to their signature sound, what makes them them, what makes them unique, and find new ways to evolve that sound, rather than turning into a different band entirely.