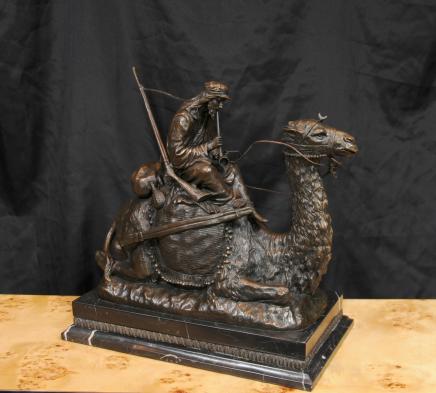 Gnostic Warrior is truly a great treasure trove of spiritual reading. In the article above, they discuss possible connections to the culture of the Arab Bedouins and the Celtic Druids.

It’s hard to believe that people who lived thousands of miles away from one another may have had any connection. But as I mentioned in A Shared Spiritual Origin in Celtic Europe and Indo-Aryan India, it is very probable that the spirituality and culture of the Celtic people had its origins in the migration of the Aryan tribes from the Near East (either Iran or Northern India) across Europe. Some say some of these Aryans also spread elsewhere. If they migrated as far as Ireland, it’s not hard to imagine that their influence may have touched areas closer to home.

Gnostic Warrior discusses some of the interesting connections between the Pre-Islamic Arab Bedouin tribes and the practices of the Celtic Druids. The worship of the God Baal (whose name sounds a lot like the Celtic Bel), the tradition of poets and bards, rituals performed under oak trees, animal sacrifice, fire worship, and a similarity in dress.

I’m not here to verify that this theory is true. I’m just saying that it’s interesting reading and that you should decide for yourself whether this connection could be true or not.

Imbolc – A Time of Renewal

May Brigid bless the house wherein you dwell

Bless every fireside, every wall and door

Bless every heart that beats beneath its roof

Bless every hand that toils to bring it joy

Bless every foot that walks it’s portals through

May Brigid bless the house that shelters you.

Many of us modern folk may think of the Spring Equinox on March 21st as the first day of Spring. But back in ancient Ireland, it was actually around January 31st. It was the day that marked the waning of winter and the coming of longer days. A time when the snow started melting, the animals began coming out of hibernation and birds started singing. A day in between the winter solstice and the spring equinox.

The term ‘Imbolc’ derives from Old Irish and means “in the belly,” or alternately “ewe’s milk,” pointing to the the time when the first lambs were born, associated with a celebration of fertility, reproduction and the young.

This is a day connected with the Celtic goddess Brigid, and Imbolc is one of the few contemporary Pagan holidays that is connected completely and solely to a Goddess. Brigid is the goddess of creativity, warfare, healing, fertility and the hearth.

In Christian times, the goddess Brigid was transformed to a Saint. Saint Brigid is still a pretty big deal in Ireland today. The second most popular saint after Saint Patrick. It is believed that Saint Brigid could perform miracles, such as healing the sick. She also acted a bridge between Christianity and Paganism. Even Brigid’s cross is both a reference to both Jesus and the Celtic sun wheel. So as a bridge between two religions, she is a fitting symbol of the threshold between winter and spring.

A good way to celebrate this holiday is by doing some spring cleaning. Getting rid of the old and preparing your home for the new season to come.

Since Brigid is a goddess of creativity, another good way to celebrate is by trying your hand at writing a poem, maybe even writing a song or doing some other creative project.

Most importantly, this is a time of renewal. Do you have any new projects you’d like to start? Or old ones that you need to finish? Is there something you’ve been wanting to do, but haven’t gotten around to doing it yet? Or any old habits that need to thaw out and melt away like the winter snow? This may be the time, and the strength of Brigid will help guide you through.

THEY AWOKE TO THE SCENT OF SPRING

(I know I shared this song before, but it’s a good one for the occasion) 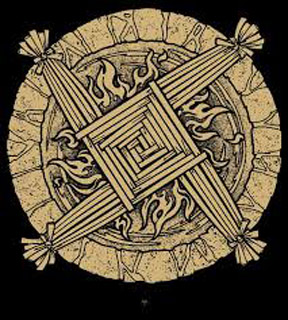 Brighid – Goddess and Saint – Lady of Transitions and Inbetweens (Metal-Gaia)

Lady of The Flame  (Metal-Gaia)

How to celebrate Imbolc (Pagan Wiccan)

The Right and Wrong of Imbolc (Patheos)

Imbolc Poem (The Fellowship of The King) 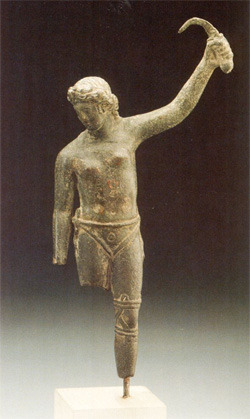 (Historians have assumed this woman was holding a cleaning tool – um she looks more like she’s ready to cut someone’s head off with that thing than polish the floor.)

Cracked isn’t always the most accurate place for news, but the article I posted above makes some good points.

In modern depictions of the past, such as a TV series like Spartacus, we are shown an image of muscular slave men battling each other to death in the gladiatorial arena, while a woman’s maximum participation is cheering from the sidelines or later rewarding one of the gladiators with a blow job.

However, the truth is that female gladiators were quite common in Rome. There were many graves of decorated gladiators that historians assumed to be male, only to be surprised when the bone analysis revealed these warriors to be women – as if the woman just so happened to fall into the wrong grave!

The assumptions don’t just end there. Most heroic warrior figures, such as vikings or samurai are all assumed to be male, and this depiction is the norm in television dramas, comics and movies. Yet in most warrior societies – such as that of the Spartans, the Mongols, the Celts and the Vikings, the art of war was such an important skill that everyone was expected to know what they were doing – including the women. In ancient Celtic societies, there were even fighting schools where female teachers called a BAN-GAISGEDAIG taught boys the art of fighting and love.

In fact, in a DNA analysis of the Japanese battle of Senbon Matsubaru in 1580, 35 of the 105 bodies tested were female. Not to mention that this is only one of several archaeological finds that show a similar story.

Then there is the fact that most ancient societies had goddesses associated with war and death, such as Athena, Freya, Sekhmet, the Morrigan, Brigid and Kali. In fact, some of these named Goddesses  were more terrifying than their male counterparts. If the idea of a woman fighting was really so unrealistic to the people of the ancient world, then why were there Goddesses entirely devoted to warfare?

So today’s reality of women in the military or police force actually isn’t anything new. If anything, it is a return to long term historical trends. Look at the fact that more than 30% of the Kurds fighting the ISIS scum are female. When a group of people are in danger, and bodies are needed to fight for survival, women will be among that number. This is why it is unrealistic for people today to think that women don’t need to know anything about fighting or self defense. What society has a better chance of survival – one where only half the population knows how to fight, or one where 100% of the population can kick some ass?

So next time someone complains that the portrayal of women warriors in historical dramas is “not realistic,” remind them that the more historically inaccurate fallacy is one where there are no women warriors at all in societies that prized the art of battle in all aspects of life. 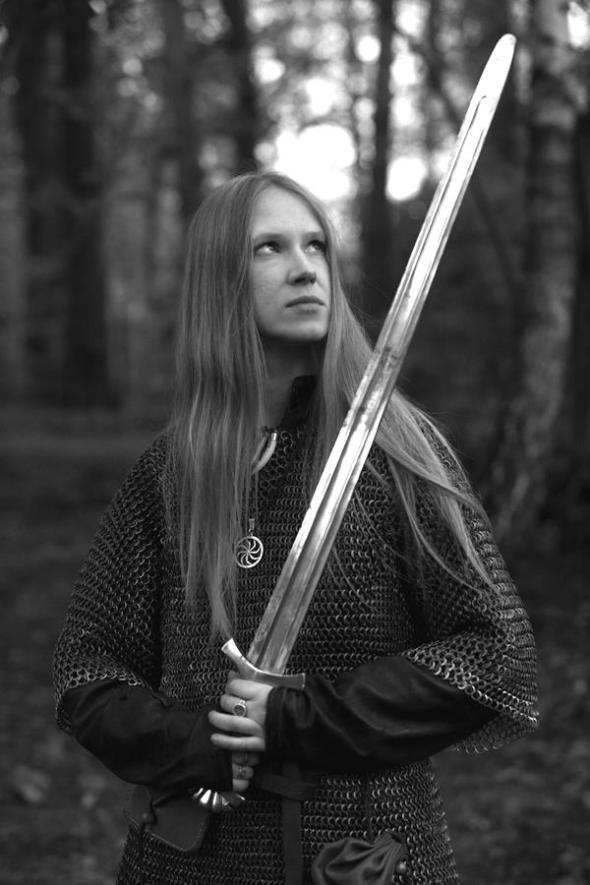 Why I Hate Most Drawings of Women With Swords

A Documentary On The Ancient Celts

Much of the information we have about the Ancient Celts was recorded by the Romans. And much of that information is a complete lie. The Romans presented the Ancient Celts as uncivilized, uneducated and uncultured barbarians. This is the picture we’ve had of the Celts for the last 1,000 years.

Yet the archaeological evidence presented in this documentary proves otherwise. We see a buried world unearthed: A society of people who had astronomy more advanced than the Romans, sophisticated engineering, a trade network that reached Africa and Asia and complex metal working.

These weren’t a perfect people, but they were a society that had rules obligating the respect of women, children and the elderly. Meanwhile in Rome they believed in Pater Familia, a system where the male head of the family was the only one with rights. A system in which a father had the legal authority to put his wife and children to death.

While the Romans destroyed Celtic Druids under claims that these druids were performing barbaric human sacrifices – the Romans were killing thousands in the Gladiatorial games for their own amusement.

So who were the real barbarians?