St.Patrick’s Day has become one of those holidays that no one understands, but everyone likes to celebrate (just like Cinco De Mayo and Mardi Gras). After all, it’s a great excuse to get wasted, kiss Irish people, wear your best green shirt and pinch people. However, for those in the Pagan community – especially for those who are Celtic Pagans – the holiday has less lighthearted undertones.

St. Patrick’s claim to fame is that he “drove the snakes from Ireland.” Now of course, there were no snakes in Ireland. So this phrase is a euphemism. What it really means is that he is the person who drove the druids from Ireland, since snakes were a sacred symbol that many druids had tattooed to their arms.

Ironically, this patron saint of Ireland isn’t even Irish. Patrick was a 5th century Romano-British missionary and bishop who came to Ireland to preach Christianity. According to the Confessio of Patrick, he was captured from his homeland in Britain and taken to Ireland as a slave where he lived for six years before escaping and returning to his family. Later, when he became a cleric, he returned to the land of his capture to spread the Christian religion.

However, it has been argued that Patrick’s conversion of Ireland is a highly exaggerated affair. There were Christian missionaries in Ireland long before Patrick arrived, and the druid culture existed in Ireland centuries after Patrick died (on March 17th). Many aspects of the pagan culture in Ireland even blended into Christianity over time: holidays, holy wells, and even Gods were absorbed into the Christian tradition and called saints.

Some also suggest that the institution of “St Patrick’s Day” was an attempt by Christians to replace the Pagan celebration of the Spring Equinox.

So I agree with many others when they say that we should instead call this day “All Snakes Day.” Hail the Irish Druids! Hail the holy symbol of the snake, a creature of healing and power! I will take today to celebrate my own Irish heritage and welcome the coming spring with open arms. I will take today to cherish the connection of my ancestors with Ireland’s ancient druidic culture. 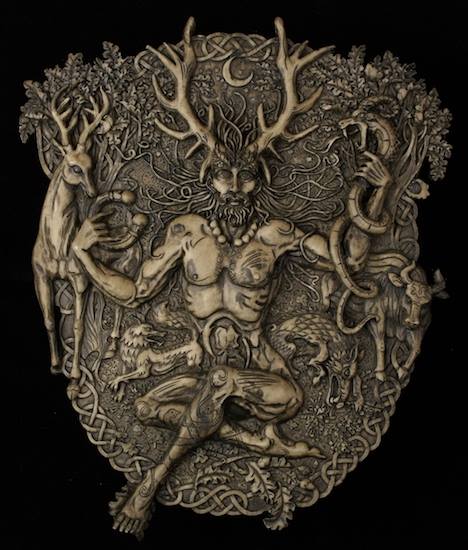 Snakes and Bladders: Celebrating All Snakes Day (The Pagan Pope)

This entry was posted on March 17, 2015 by Metalgaia. It was filed under All, Celtic, Pagan, Spiritual .