The Swedish man who fathered the Viking Metal genre would’ve celebrated his 47th birthday last Sunday had he still been alive.

Quorthon played multiple instruments, released 14 albums over 20 years, played Satanic Black metal in the 80’s and pioneered the Viking Metal genre in the 90’s.  He was the founder and songwriter of the Black Metal Band Bathory (in the 80’s and 90’s). Later he went on to create his own solo albums. This man is often credited as the founder of the viking metal genre.

“One Rode to Asa Bay”

What is Viking Metal?

Viking metal is a Metal sub-genre characterized by its slow pace, noisy sound, use of keyboards, dark and violent imagery and lyrical themes about Vikings, Norse Mythology and Norse Paganism. The viking metal genre is also considered a fusion between Black Metal and Nordic Folk.

A New Metal Opposition to Christianity?

The Fall of Satan, The Rise of Odin

When metal music began, it represented a musical rebellion of sorts – a rebellion against authority. Songs such as Judas Priest’s “Breaking the Law” and Accept’s “Balls to the Wall” are a giant middle finger to the Status Quo.

Part of this rebellion is a religious revolt. From the 60’s to the 80’s much metal was characterized by  allusions to Satanism and the Occult as a way of rebelling against Christianity: everything from Led Zeppelin’s vague allusions to Satan, to Black Metal’s much more obvious association. What better way to buck the Old Geezer in Sandals than to write verses venerating his least favorite angel? Unlike the All-Father of Boredom, Satan was down with sex, drugs and rock and roll, and thus made for exciting lyrical content.

Yet the problem is that Satan is still a part of the Christian Mythos. In fact, Satan has been the church’s wing-man for centuries. If you can’t fit the perfect Christian mold, than you are doomed to torment and suffering by the hands of the completely evil and vile Satan for an eternity.

Satan and God have been playing a game of Good Cop and Bad Cop with the Human Psyche for millennia. It’s time to stop playing this game altogether.

The significant thing about the Viking Metal genre is it represents a break from this line of thought.

In the 90’s, as black metal developed, Norse Mythology became another way of countering Christianity. This new rebellion exists outside of the Christian Mythos. It is a return to something more real, natural and enduring.

The Rise of Other Folk Metal Traditions 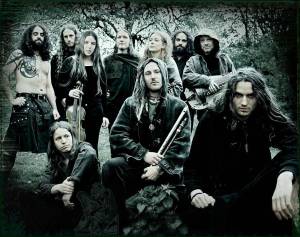 As Viking and Nordic Folk metal made their ascent into prominence, other folk genres came into their own as well: Celtic Folk Metal, Mongolian Folk, Russian Folk, etc.

Various people around the world began to embrace and celebrate their organic historical roots – roots that transcend Christianity and Time.

Paganism in Other Genres 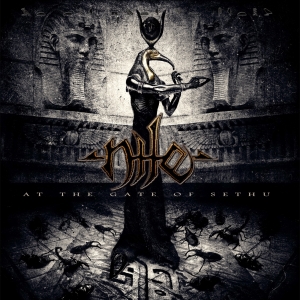 I’m not saying that Paganism didn’t influence Metal in the 70’s. Led Zeppelin certainly used Celtic symbols in their band’s iconography. Yet I’m saying that Paganism began to transcend Satanism as the main opposition to Christianity via the rise of Folk and Viking metal.

Folk and Viking Metal are still lesser known genres among Metal in general. Death Metal, Thrash and Metal Core are much bigger. Yet Pagan themes have also made their way into prominence in the Death metal Genre.

(You must be careful to note that Amon Amarth is technically classified as Death Metal, not Viking Metal)

Also, when I say Pagan, I’m speaking broadly about Pre-Christian and Indigenous religions – not necessarily Wicca and Western Based Neo-Paganism.

By writing music about the Pre-Christian world, many metal bands are tapping into something powerful – more powerful than they realize. Even if some bands just think of it as a gimmick or a sales pitch, they are subconsciously spreading an awareness of ancient truths and wisdom.

This entry was posted on February 19, 2013 by Metalgaia. It was filed under Black Metal, Folk Metal/Folk Music, Metal News, Music, Norse Paganism and was tagged with Biography, metal, pagan, Quorthon, Satanic.