Homosexuality Once Accepted in Pre-Christian Africa – But Now Persecuted 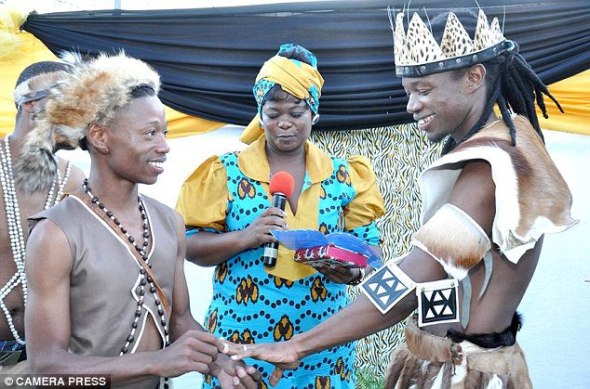 (Update: I recently gave permission to the Gay Life Newsletter to publish this article here)

Radicalization of violence and hatred towards homosexuals is getting worse in Africa. Today it is outlawed in 41 out of 53 African Common Wealth countries. In Sudan and Somalia, one can receive the death penalty for homosexuality. Law makers tried to pass a “Kill the Gays” – or rather a Death Penalty for homosexuality in Uganda as well, but the act was eventually changed to life in prison. Gays are also increasingly under fire in Nigeria. Same sex unions are punished by 14 years in prison.

Lawmakers in Nigeria are calling gays “Un-African” and state that homosexuality is a decadent import from the west.

Yet the ultimate irony is that Laws Banning homosexuality are the Western Import – not homosexuality itself. The current Anti-Gay Laws are actually a remnant of British Colonialism, the laws were designed to punish what the British authorities saw as unnatural sex among the natives. Even today, much of the political push towards Anti-Gay laws in Uganda have received massive funding from Christian Evangelicals in America. A documentary published by The New York Times highlights how money from American Missionaries is funding some very dangerous ideology that demonizes members of the LGBT community (Gospels of Intolerance). According to Mother Jones, Uganda has been a hotbed of activity for Evangelicals who have failed to demonize the Gays in their own country (Mother Jones).

Before European Imperialism in the continent, there was a varying degree of Gay Acceptance in Africa depending on the tribe and culture. It is important to remember that there are numerous tribes and cultures in Africa, so we can’t lump them all together as if they were one big country. 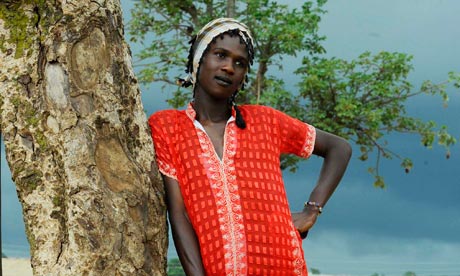 In northern Nigeria, there are the Yan Daudu – men who dress as women, like to braid hair, do make-up and are famed for their playfulness and sexual ambiguity. The phrase “Yan Daudu” itself means sons of Daudu – who is a fun loving, gambling spirit that is worshipped in the Muslim Bori practice. For more than a century, Yan Daudu were tolerated in the Muslim North. Their trance and dancing rituals were associated with poor, marginalized women, sex workers and the disabled. They even sometimes accompanied politicians in their campaigns. Yet now there  is a religious revival sweeping the area, and more Yan Daudu’s are findings themselves under attack for their lifestyle.

Further west, in Senegal, there is a minority group of men known as Gor Digen, which means “man-woman” in the native language. These men dress like women and sometimes work as prostitutes. Even back in colonial times, Senegal’s metropolis was famous for its open and tolerant homosexual prostitution market. In the 1930’s a traveler named Geoffery Gorer reported that these “man-women” were a common sight and suffered no form of cultural oppression – other than the fact that they were refused a religious burial. Yet now homosexuality is punishable in Senegal by up to five years in prison. 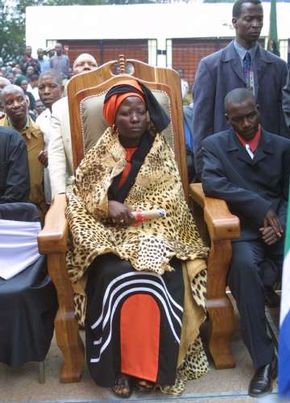 There is a fascinating custom among the Balobedu people of the Limpopo Province of South Africa called “The Rain Queen.” The Rain Queen is a woman who is believed to have special powers, including the ability to control the clouds and the rainfall. She is not supposed to marry a male, but instead has several wives. However, it is not clear whether she has sexual relations with these women or if they are merely her ladies in waiting. Regardless of the technicalities of the situation, this is a custom of same sex marriage that has existed for 400 years and is very obviously not a modern western import.

I think a key to restoring the tolerance and acceptance that homosexuals once experienced in various tribes is for these cultures to embrace their ancient practices and beliefs. While Ethiopia was technically one of the first places to embrace Christianity (a few centuries before the Europeans did I might add) I will say that much of the variants of Christianity imposed in Africa these days are colonial in nature and intent. Evangelical Christianity itself is a very fundamentalist, American bred outlook that is foiling attempts to deal with the AIDS crisis in a sane manner and is throwing gasoline on the fire in terms of demonizing homosexuals.

However, South Africa shines as a beacon of hope, since it is the only country in Africa where Gay Marriage is legal. On April 9th of 2013, two men tied the knot in South Africa’s first official gay wedding. They had a traditional African wedding as well as a Western Wedding. The grooms dressed in their respective ancestral attire – Zulu and Tswana. You can read more about the wedding here.

The World’s Worst Place to be Gay  (VIDEO)