The creators of this audio track were Gary Malkin, the composer/arranger, producer, and collaborator Michael Stillwater. The work came from a CD/book called Graceful Passages: A Companion for Living and Dying, and it could be purchased by going to wisdomoftheworld.com.

This post was made in honor of Thích Nhất Hạnh, who died this Saturday. He was a Vietnamese Buddhist monk, peace activist, prolific author, poet, teacher, and founder of the Plum Village Tradition, historically recognized as the main inspiration for engaged Buddhism. Known as the “father of mindfulness”, Nhất Hạnh was a major influence on Western practices of Buddhism.

The 12 Laws of Karma 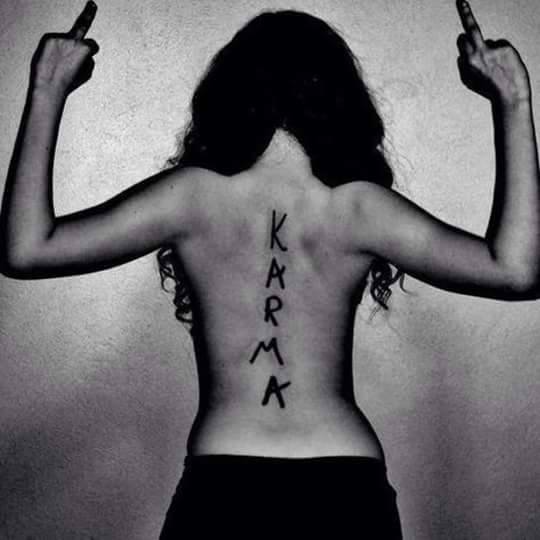 Karma is the Sanskrit word for “action” or “deed.” It refers to the principle of cause and effect, where intent and action influences the future. There is a close connection with karma and rebirth in many Eastern religions, that the actions of this life will affect someone in their following life. In Hinduism there is a very long term concept of this. For example, a blind king in the Bhagavadgita was punished for something he did 100,000 years ago, in a previous life.

Now technically there really is just one “Law of Karma.” The “12 Laws” are not an ancient law, as far as I can tell. I think the 12 laws are something newer, perhaps new age. But they aren’t a bad guideline for life. Many people who struggle through life tend to see themselves as victims, rather than agents of their own destiny. They think all the bad things that happen to them are the fault of others, and expect others to change in order for their own quality of life to improve. Now obviously, not everyone is responsible for every bad thing that happens to them. Bad things happen to good people all the time. There is that old expression, “no good deed goes unpunished.” However, accepting responsibility for your own actions and working to change yourself for the better of others is a key theme of many spiritual paths. So the video I posted above, as well as the laws I provided below are good guidelines to live by.

– Whatever we put out in the Universe is what comes back to us.

– “As you sow, so shall you reap”. This is also known as the “Law of Cause and Effect”.

– Treat others as you want to be treated and so on.

2. THE LAW OF CREATION

– Life doesn’t just happen by itself, we need to make it happen.

– Get in the driver’s seat of the ride that is life, don’t just be a passenger.

3. THE LAW OF HUMILITY

– One must accept something in order to change it.

– For instance, the first step in the AA process. Can’t stop being a drunk if you don’t accept that you are one.

4. THE LAW OF GROWTH

– When we change ourselves, our lives follow suit and change too.

– If you don’t like your life, try changing yourself first before changing others.

– We must take responsibility for what is in our lives.

– You are not a helpless victim of life’s events. To some degree at least, your life is what you make it.

6. THE LAW OF CONNECTION

– The past, present and future are all connected.

– You can not think of two things at the same time. (Although I disagree – I can!)

– When you focus on spiritual values, it is harder to have lower thoughts such as greed, anger or violence.

8. THE LAW OF GIVING AND HOSPITALITY

– Our behavior should match our thoughts and actions.

– Put your money where your mouth is.

– Put your words in action.

– In other words, no hypocrites.

– One cannot be present if they are looking backwards.

– If you are fretting over the future, or obsessing over the past, you won’t be able to live in the moment.

– History repeats itself until we learn the lessons that we need to change our path.

11. THE LAW OF PATIENCE AND REWARD

– The most valuable rewards require persistence.

12. THE LAW OF SIGNIFICANCE AND INSPIRATION

– Rewards are a direct result of the energy and effort we put into it.

– A fundamental law of computer science: junk in, junk out.

– Whatever you put into something is what you get out of it.