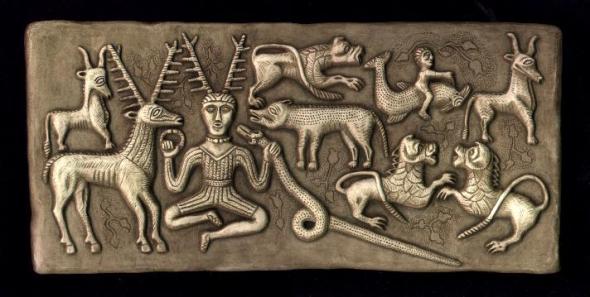 I invoke the land of Ireland

Irruption of fish! Fish there

Among the ancient Celtic people, there was a primitive nature magic that permeated the land. The verse above is a proclamation from the poet of the Milesians, Armairgen, before the Milesians invaded Ireland.

WORSHIP OF THE ELEMENTS

It was common for folk to invoke the elements when taking an oath. People could swear by heaven, earth, sun, fire, moon, sea, land, day, night etc, and these things would punish the oath breaker if they did not keep their word. Even the Gods would swear by the elements. Such oaths existed at a time when people believed the elements to be a divine force. Similar beliefs were practiced by the Greeks and Scandinavians.

It makes sense that people would worship the basic objects of nature. As the comedian George Carlin said in one of his sketches, “I’ve begun worshiping the sun for a number of reasons. First of all, unlike some other gods I could mention, I can see the sun. It’s there for me every day. And the things it brings me are quite apparent all the time: heat, light, food, and a lovely day.”

SPIRITS OF THE LAND 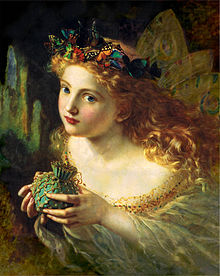 Yet the Celts also populated the Earth with spirits, both friend and foe. Some of these spirits may exist as fairy in a meadow or as a demonic being haunting a lonely place. The druids were known to send forth mischievous spirits called siabra. These were spectral bodies they could raise from the ground. And of course there are the The Tuatha Dé Danann (a mythical race of people who were defeated, moved underground and resided within the Earth as spirits or fairies).

One of the most important elements of nature to the primitive folk was the moon. The phases of the moon offered an easy way to measure time. The Celtic year was lunar before it became solar. There are still many cultures today that use a lunar calendar (the Islamic calendar for example). Night also preceded the day.

The moon dictated when certain tasks would be carried out. The moon waxes and wains, therefore it was a symbol of growth and decay. Crops would be sown on a waxing moon and harvested on the waning moon. If you needed something to grow – you would do it while the moon was waxing. If you needed to finish a task, you did it when the moon was waning.

In Greek Culture, Artemis and Diana – the moon goddesses – had power over all growing things.

There is evidence that the primitive peoples of Europe may have worshiped animal deities: Wolf Gods, Bear Gods, Deer Gods and Bird Gods. The current theory is that as humans became more agricultural and asserted more power over the land – anthropological deities replaced animal deities. As nomads, humans were more subject to the whims of nature. The might and power of a bear could certainly seem divine. Yet as a farmer, man not only asserted himself over the land – but began to assert himself more in the spiritual realm as well (Native American and Hindu Mythology are rife with traditions of Animal Deities).

Also, as the Romans took over the Continental Celts (The Gauls), they forced the Gauls to abandon their more animalistic deities in favor of purely human ones.

What is the evidence that points to the worship of animal Gods? Many of the Gods the European pagans worshiped were shape-shifters who could turn into animals. The Morrigan, the phantom queen of battle, strife and fertility, often took the form of a raven or a crow. Moccus was a Swine Agriculture God. Epona was a Gallic/Roman horse Goddess. Then there is Cernunnos the horned God, a liminal God connected to the hunt, the underworld and sexuality.

Even in their more humanized form, certain Gods still had an association with an animal familiar. For example, there is the wise Roman Goddess Minerva who would often be associated with an owl. Even today the owl carries a connotation of learning (just watch Winnie The Pooh).

Most of the information in this post came from “The Religion of the Ancient Celts,” by J.A. MacCulloch. If you go to the listed link, you can read his ebook for free. A great comprehensive source on the religion of the Celts.