Megan Löwe plans to write a book on Sacred Pagan Sites and places of power in Northern Europe. An obvious example is Stone Henge. Yet Megan is also interesting in compiling information on lesser known places in Norway, Sweden, Finland, Denmark, Germany and Austria. Of course, in order to gather information, she needs to actually go to these places and talk to to people – which involves that thing we’d like to call money.

If anyone here is interested in Megan’s project, you can check out more details HERE at GoFundMe

Megan describes her project more on her blog page.

Also check out Kraftorte to read more about recognizing natural landscapes of power.

Image Source A Picture of Balder, A Norse God of Light and Beauty

I’d like to bring your attention to a very insightful article I just read on the concept of “The Sacred Masculine.” READ THE FULL ARTICLE HERE. There is much in the Pagan community about getting in touch with your Sacred Feminine side. It is definitely important for men AND women to get in touch with their feminine nature. This could involve meditating on the lives of different Goddesses who inspire you. Yet not as often mentioned is the concept of the Sacred Masculine.

The author of the article mentioned above goes over four important male archetypes in myth and spirituality:

Each archetype has a positive and negative aspect. Also, these roles aren’t limited to males. 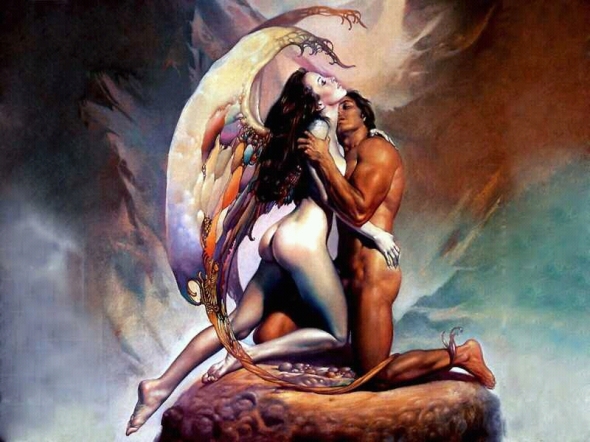 In most epic tales, these four character types are all included. The Odyssey, The Illiad, King Arthur, Lord of the Rings, Star Wars, Game of Thrones and even Battlestar Galactica include these archetypes. The other key part of legends is the transition from boyhood into manhood. This usually takes place via trials by fire and initiatory rites. Most tribal societies have very painful and dangerous rites of passage that a boy is required to endure before he can become a man. One of the more extreme examples is the ritual of making a boy wear a glove filled with live bullet ants for more than 10 minutes (Bullet Ant Ritual). Some modern day religions include this rite, (i.e. bar mitzvah’s), but the closest thing most boys have today is “graduating high school.”

The “Man/boy” difference is often what separates the negative aspects of the 4 male archetypes from the positive ones. A corrupt ruler, an aimless warrior, a manipulative mage and an abusive lover, in many ways, are simply children who never grew up.

In the modern media, the negative aspects of the four male archetypes are often displayed more than the positive. We see too many corrupt rulers with no idea how to lead, wars in which women and children are a more common target than soldiers, false religious demagogues who are trying to manipulate us through fear and money, and some of the most possessive, whiny, wimpy, stalker-like and misogynistic males in our romantic stories.

Some people say that mythology or spirituality is useless. But think about how much better the world would be if people aspired to be like King Arthur, Lancelot, Thor or Odin. Even if no one can be perfect, these are better role models than the gangsters celebrated by contemporary culture. When I say gangster, I’m including the political and financial ones in Wall Street as well.

So take some time to meditate on the Gods or Heroes who inspire you. They could be the ancient figures of legend. Or they could be everyday people in your life. The power of the immortal Gods is within us all.

Does the Male Get Enough Attention in Modern Paganism?