Above is a picture of the Karl May Museum in Radebeul Germany. Karl May (1842-1912) is a famous German author who wrote several stories about the American Old West.  These books became insanely famous in Germany. In Germany, Mr. May was the J.K. Rowling of his time. Everyone in Germany was familiar with the characters of his novels, especially the Native American heroes Winnetou and Old Shatterhand. The actual historical accuracy of these books is very debatable, especially considering the fact that Karl May never even ventured to the American West until after his books were already sold.

Like Americans in the early 20th century, Germans too loved tales about the Old West. Yet the key difference, is instead of rooting for the Cowboys, many Germans supposedly  (according to the video above at least) admired the Native American characters in the stories.

The New York Times article I linked to further explains how many Germans today have a fascination with Native Americans. Even to the extent that German actors are putting on feathered headdresses or wearing other Native American clothing.

Yet the question is, is this offensive?

Is this behavior reminiscent of the Minstrel Shows in the American South where white actors put on black face paint and made crude, slapstick generalizations about African American people? Do Native Americans themselves find such behavior offensive?

One has to remember that there are hundreds of different Native American cultures, they can no more be lumped together and generalized than can various European or Asian cultures. Not all Native Americans historically lived in Teepees, so on and so forth.

Many of the Germans who play Native Americans in these movies do not think they are being offensive, because they say it is their intent to portray Native Americans in a heroic and positive way.  Karl May himself may have had positive intentions, while creating an over-romanticized and historically inaccurate portrayal of the Old West.

The main offense here however, seems to be the fact that the Karl May Museum has a collection of Native American scalps in their possession, that Native American tribes want back. It is a complicated situation because the Karl May museum does not know which tribe has a true claim to the scalps, and the tribes that are asking for these scalps believe they should be reunited with the Earth – rather than being kept in a museum and put on display. Hopefully the situation will be sorted out soon and the scalps can be returned in a respectful manner. 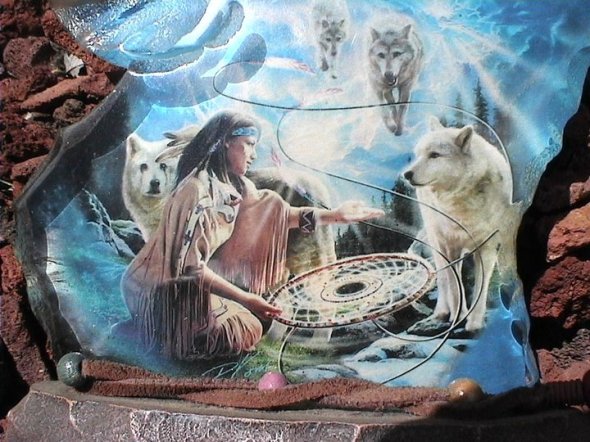 It seems interesting that so many Germans would become obsessed with a culture that they are not even geographically close to, but perhaps there may be a few clear reasons here. I should add that many Non-Native Americans, not just Germans, have become interested in Native American forms of spirituality.

Many of the Native American cultures are still around today (even if colonial forces did much to oppress and slaughter their people), and the tales of their heritage and traditions are also still being told.

Many of the people who long to return to a way of life connected to nature have become fascinated with Native American history for this reason.

One difficult question for us in the modern age is how to appreciate and take part in a culture, without being offensive or intrusive. For instance, in America there are still many sports teams with names offensive to Native American tribes, and even clothing lines that debase Native American cultures by having “Navajo Undies” or something stupid like that. The other latest offense is the trend of hipsters wearing Native American headdresses.

So, the question is, is it possible for a Non-Native American to learn from and take part in Native American culture in a way that is not offensive? This is a very difficult question because I am not a Native American. After more than a century of European settlers kicking Native Americans off their lands and making it harder for these people to practice their culture, it’s a very sensitive issue.

The U.S and Canadian governments still oppresses Native American peoples today in many ways, by not recognizing the rights of certain tribes or not giving these tribes the rights to enforce law on their own territories. For instance, the rape of Native American women by non-natives continues to be a big problem (New York Times). Many of these women have been left to deal with this problem on their own. There is also the fact that Native American children are taken away from their parents by social services at an alarming rate (Pacific Standard).

So in America at least, it is the height of insult and irony to see a group of Non-Natives who have never really been indoctrinated into a tribal culture hosting their own Pow Wows and dancing around with feathered headdresses. Perhaps such behavior may be less offensive in Germany, since the Germans have not done anything to oppress and persecute Native Americans. However, I’m not a Native American, so I cannot answer this question with authenticity.

Ethnic traditions are not the same as Universal religions like Christianity and Islam. One can’t just surf the internet a little bit, learn a few stereotypes and then call themselves a practitioner of Shinto, Native American Spirituality or Asatru. It is my personal belief that if one wants to be a part of these cultures – as an outsider – than they should take the time to learn from and study with people who are an actual part of the culture. I do not have the Folkish belief that people are locked out of certain traditions by an Ethnic Wall. But if there is a certain culture that has been systematically oppressed by another, the question of inclusion becomes very difficult and complex. There are no easy answers here.

Earth Based Spirituality Good For the Soul: 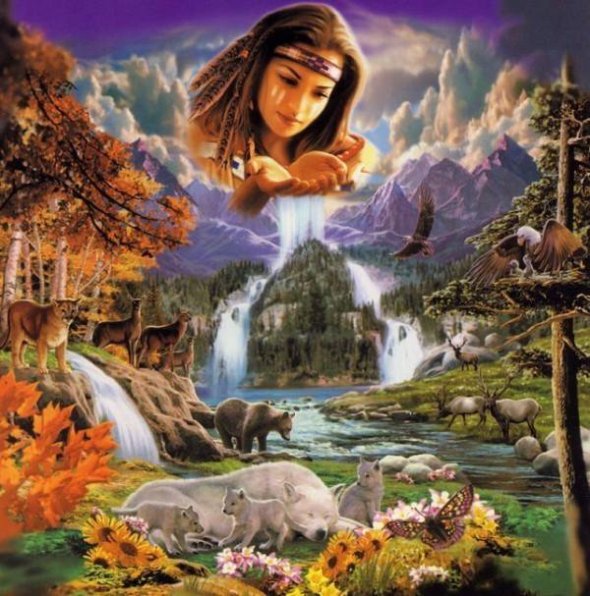 While it was weird for me to see Germans in the above video wearing Native American garb…and I’m sure it was probably pretty offensive for a few Native Americans….I think the Germans in this video were doing this because they got something positive out of practicing an Earth Based spirituality.

One of the German men in the video said that it helped him get off drugs, another said that it made him realize how little he really needs – that living a simple life was good for him. While making a bunch of over romanticized generalizations about a whole race of people is not a good thing, I think that many people could learn good things from a more rigorous study of indigenous Native American spirituality, along with other spiritualities connected to living in harmony with the land and natural landscape.  Putting on black wigs and wearing face paint is a little too much like a Minstrel show in my opinion. But finding one’s own authentic way to live naturally alongside the landscape is a worthy goal.

“Many Americans have a disconnected relationship with indigenous peoples: We’re fine as romanticized historical centerpieces and entertainment props, but mocked and ridiculed when we decry the materialistic use of sacred objects like headdresses or call to remove a dictionary-defined racial slur like redskin from the NFL lexicon.

The message is clear to Natives: You can feel honored, or you can shut up.

But it doesn’t have to be that way.

There are ways you can honor us that don’t diminish the uniqueness of 566 federally recognized tribes down to a few, pan-Indian, stereotypical images that insult, degrade, and dehumanize my people.

You don’t have to dehumanize us to appreciate our many wondrous, individual cultures.”

Also, there is this: 4 Ways to Honor Native Americans Without Appropriation