The number of Prisoners who identify as Pagans is growing, and many of these prisoners need adequate spiritual services that fit their path.

According to The Wild Hunt,  around 2% of all prisoners are adherents to a Pagan or Earth based Nature Religion.

It is interesting that many prisoners have found their Pagan faith while in prison.

Also, according to OldenWilde.org, prisoners who convert to Wicca have a very low re-incarceration rate.

Now, many reading this might think, who cares abut services for prisoners, they broke the law – they should be punished!

However, we must keep in mind that the U.S. has a vast and growing prison complex. There are many people who are arrested for non-violent crimes such as prostitution or drug use. Drug use is a disease that should be treated with therapy, not jail. It has also been shown that therapy is more effective for treating people who abuse drugs, rather than jail time.

Attending to the spiritual needs of Pagan prisoners is important for giving them a Spiritual Path that can help prevent future crimes, and give them a sense of hope to better their lives. So check out the resources for Pagan Prisoners on this page: 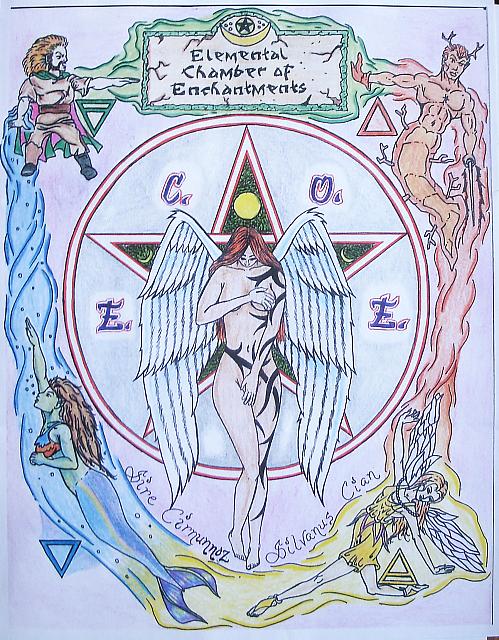 (Source: Artwork From a Prisoner)

Religion in Prisons – A 50-State Survey of Prison Chaplains

What the New Pew Forum Survey Tells Us About Pagan Religions in U.S. Prisons (Patheos)

Culture and Community: The Complexity of Pagans in Prison (The Wild Hunt)