Human Decay and the Return to Our Primeval Origins (Philip Carr Gomm, Chief of OBOD)

All around the world there is a revival of the Ancient Ways.

People are returning to indigenous religions and ideas.

Why is this happening?

In one of his podcasts, Philip Carr Gomm (the chief of the Order of Bards Ovates and Druids) gives his perspective.

He says that many of the main religions have reached a point of maturity.

While I don’t want to bend his words – this could mean that these mainstream religions have reached a point of death. All around the world, people are realizing that the system just isn’t working. The pre-dominant religious ideas aren’t solving man’s problems and the environmental crisis is getting worse. Culturally and spiritually humanity is experiencing a sort of metaphorical death. At a deep subconscious level – we know that something ominous is ahead like crows warning of a coming storm. That’s not what Phillip said, but that’s my point of view.

What Phillip did say is that we are like Salmon before death. Before death, salmon swim upstream to the point of their origins. Like salmon, humanity – in the face of a spiritual and environmental crisis – is swimming upstream to return to their primordial origins – to return to the ancient indigenous ways before it’s too late.

You can listen to the entire interview with Phillip here at OBOD podcasts. 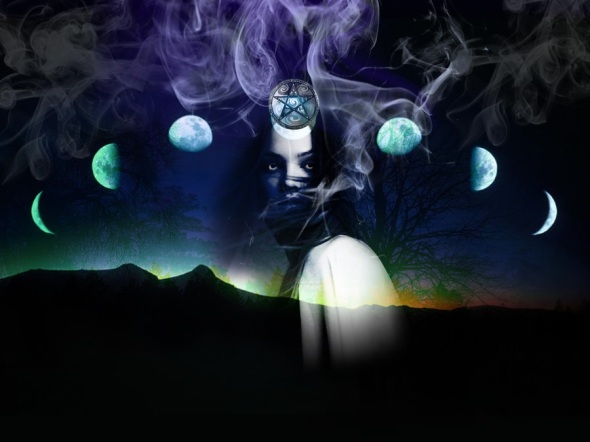 Is Paganism the Fastest Growing Religion in the United States?

Don’t bust out the mead yet! Pagans are still a very small minority in comparison to both U.S Religions and World Religions at large. If you read the 2008 “United States Census Bureau Abstract on Self Identified Religious Populations”, the number of Pagans and Wiccans combined still only results to 0.3% of the population (which means that 3 out of every 1,000 people you meet will be Pagan). However, that number doesn’t account for people who classify as spiritualists, Unitarian Universalists or non-classified.

I do often bump into people at Pagan meets or New Age shops who do not like to call themselves “Pagans,” but rather “Animists,” “Druids,” “Asatruar,” “Heathens,” “Shamans,” etc. The war over what gets lumped into the pagan category and what doesn’t wages on, but I bet many of these folk filled in the “non-classified” space rather than “pagan” on their Census Bureau survey. Personally I prefer to think of Paganism as a system that seeks to revive an ancient system of Earth Based Values – but not everyone shares my definition.

The statistical number of Pagans is probably much smaller than the real number. There are definitely more Pagans than what is represented on a survey. Pagans are still a persecuted minority in many ways, so a lot of us tend to be private about our beliefs to the point where we wouldn’t even write it down. Also, the 0.3% number is from 2008. There has obviously been growth in 5 years time, so the current number could be anything from .5 – 2%.

But don’t despair, there is good news! Even though the numbers are small, Paganism and Wicca are still growing at an incredibly fast rate.

Between 1990 and 2000, the number of Wiccans in the United States increased from 8,000 to 134,000 according to the United States Census Bureau. That’s an increase of 1600%! Between 2001 and 2008, the number of Pagans over all (Wiccans included) doubled, so that’s a growth rate of 200%. That’s an increase greater than almost anything seen among the other religions! The number of Christians overall, in comparison, only experienced an 8% growth rate between 2001 and 2008, which is actually a decrease when you account for population growth.

BREAKING DOWN THE NUMBERS

WHY THE RAPID INCREASE?

There are a number of possible factors 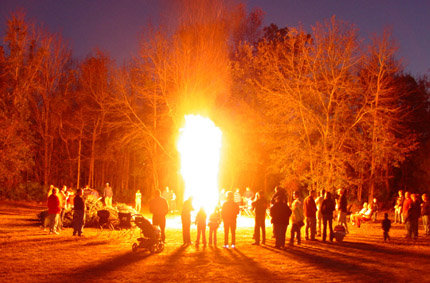 The number of Pagans is indeed growing very fast, but we are still a very small and misunderstood minority. If you would like there to be more Pagans in the world or less misunderstandings, you should come out of the broom closet and be more open about who you are – and what you belief – unless you live in a town where you could get beat up or killed for your beliefs…then that might not be such a good idea. But I also encourage you to blog, make music, make art, write stories and spread your ideas so that the Pagan community may continue to grow and evolve.

WARNING: THERE ARE OFFENSIVE IMAGES RELATING TO THE CRASHING OF THE WORLD TRADE CENTERS CIRCA 9/11 IN THIS VIDEO AS WELL AS VIOLENCE. THIS IS NOT A SLANDER AGAINST AMERICA OR NEW YORK. IT IS A HEAVY HANDED COMMENTARY AGAINST RELIGIOUS OPPRESSION.