Blood Moons and Apocalypse: What Did Other Cultures Think? 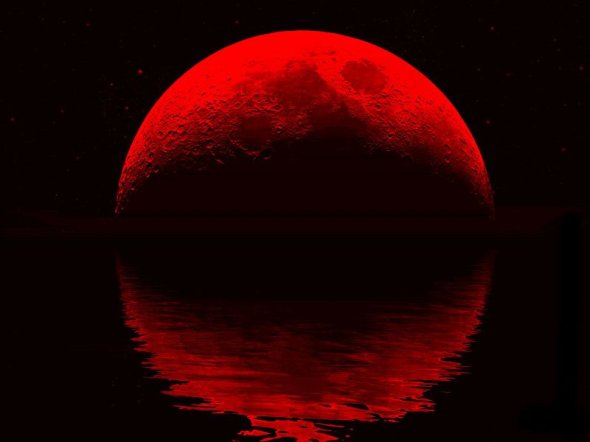 The fourth and final blood moon lunar eclipse of the 2014-2015 tetrad just occurred on September 27-28. This was also the rare eclipse of a Supermoon (meaning the moon was closest to the Earth). Total eclipses of Supermoons are rare, and another won’t happen for 18 years.

So what is a tetrad? This refers to the fact that there were four blood moons between 2014-2015, each one spaced about six months apart. The first blood moon in the tetrad was on April 15th. Fortunately the world didn’t end that day, but people did have to pay their taxes (which was the next closest thing).

So what is the significance of The Blood Moon? Is it the end of the world or a mere astronomical phenomena?  What causes this ominous sounding event?

The word “eclipse” itself means shadow, an eclipse is the Earth’s shadow on the moon. The red color itself is caused by particles and dust in the Earth’s atmosphere. What’s even more significant about this particular Blood Moon is that it is the first of a tetrad of Blood Moons. This means that there will be four blood moons occurring over a period of 18 months. It is also said that each of these four Blood Moons will fall on a Jewish holiday: Passover, The Feast of Tabernacles, Passover again the following year and then the next Feast of Tabernacles after that.

I’ve had a very difficult time finding astronomical information on this event, because I’ve been bombarded by several news stories about the biblical prophesy that uses the Blood Moon to predict the end of the world:

Acts 2:19-20: “And I will show wonders in Heaven above and signs in the Earth beneath, the sun shall be turned into darkness and the moon into blood before the coming of the great and awesome day of the Lord.”

Yet as rare as Blood Moons are, there have been other Blood Moons in history that occurred after this biblical prophecy was written, what is interesting is that each of the tetrads did usher in significant events for the Jews: their expulsion from Spain, the founding of the state of Israel and on The Six Day War between Arabs and Israelis.

WHAT DID OTHER CULTURES THINK ABOUT BLOOD MOONS OR ECLIPSES IN GENERAL? 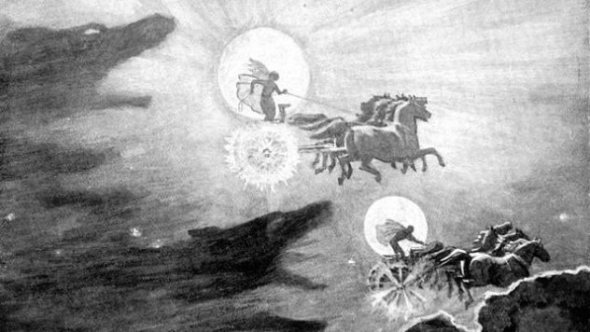 The Ancient Mesopotamians believed that a lunar eclipse was an attack on their king. The Mesopotamians were also very good at predicting when an eclipse would occur. So for this situation, they would install a Substitute King to bear the brunt of whatever attack the eclipse may dole out. The Substitute King would usually be treated very well during this period, but then mysteriously disappear afterwards.

The Hupa Native American Tribe believed that the moon had 20 wives and lots of pets: mountain lions and snakes. When the moon didn’t bring his pets enough food to eat, they would attack him and make him bleed. The eclipse would end when the moon’s wives came to protect him. They would collect his blood and make him well again.

To the Luiseño tribe of southern California, an eclipse signaled that the moon was ill. It was tribe members’ job to sing chants or prayers to bring it back to health.

The Ancient Norse Folk believed that the moon (Mani) was chased around in the sky by a hateful wolf named Hati. And each time the wolf got close, it took a bite out of him which caused an eclipse.

The Ancient Egyptians thought an Eclipse was the moon getting swallowed by a sow and the ancient Chinese believed that it was a three legged toad who was doing the swallowing.

However, not every Blood Moon is negative. The Batammaliba people in Africa saw it as a time that the moon and sun were fighting. Yet the significance of the Blood Moon meant that it was a time to come together and resolve old feuds.

National Geographic: Lunar Eclipse Myths From Around the World

IS THE END NEAR?

None of the previous Blood Moons ushered in an end of the world, why is this particular Blood Moon the one that will do it?

And now, looking at a shadow on the moon through the tint of some atmospheric dust is a sure sign of the end? Perhaps this is the omen that will usher in the end. Or maybe when this prophecy fails, someone will find an image of the Anti-Christ on a piece of toast and surely this will usher in the end of the human era. My point is that people are completely obsessed with the apocalypse and are constantly grasping for a new sign each year of this impending rapture.

So, I’m pretty sure you can all untwist your panties out of a knot and enjoy the astronomical phenomenon that is the Blood Moon with a cup of cocoa. And in the chance that the apocalypse is happening, I will eat my words by taking a jaguar sized bite out of the laptop I’m typing on and die of suffocation before the demons of the apocalypse can descend from the bleeding moon and play softball with my carcass.

Whether it is a portent of death or a cool astronomical phenomenon, we can all agree on one thing: it’s metal as hell. Get your Blood Moon on tonight with some heavy tunes.

VADER – WHEN THE SUN DROWNS IN DARK

If you truly are worried about the Apocalypse let me give you some advice on what you can do. Collect all your valuables together: your gold, cash, ipods, etc. Then bring said valuables to my house and deposit. You won’t need such items in the coming Apocalypse, right?

The fact of the matter is most of the Mayans alive today, in modern day Guatemala, are not panicking in the slightest over the so called “apocalypse.” For many Mayans, this is actually a time of rebirth. When better things will come in the following year. Check out the link below to a great video about modern day Mayans.