The Astrakan Project (With Interview)

“Music can be very powerful, it’s a way to free your soul, to open your mind to your inner world…(Simone Alves)”

(All Artwork in this post was done by Simone Alves, Vocalist of Astrakan)

If I were to tell you the short story, I could say that Astrakan is a World Fusion, Ethno, Electronic musical project that uses the Breton language, themes and folk songs into their sound (Breton is a Celtic Language still spoken by a few in Western France).

Yet the fascinating thing about Astrakan is that they decided to broaden the scope of their sound by moving to Istanbul, Turkey. Astrakan itself seems to be a synthesis of many different places, feelings and sounds. To get to the bottom of the Astrakan mystery I decided to talk to the vocalist of the group, Simone Alves herself:

Simone Alves, thank you so much for taking the time let me interview you for the Metal Gaia Blog.

My first question is, How did the members of Astrakan get together?

This is a really good question, that we’re not asked very often actually! Actually I and Yann Gourvil met… hum… 17 years ago! Music was what brought us together. We played in various bands and projects along the years, but then we wanted to start something that would really be more personal. We started to compose and arrange in Istanbul in 2009, and then were very lucky to find two great percussionists, Ali Dojran and Volga Tunca, that loved the project and play now regularly on stage with us. Although we still do duo performances, specially abroad.

What brought you guys to Istanbul from France?

This is the difficult question… that we’re asked about all the time! And there isn’t any short answer… We left France at that time because we needed to step back from our musical projects, we felt we needed to change perspective, to listen to other things, experiment, and somehow find some inspiration. Istanbul definitely has a very attractive aura, it’s a city with a very special atmosphere and soul. It’s also close to Greece, to Bulgaria; it’s Middle East, but it’s still Europe… it’s definitely a good place to change one’s perspective… and get inspired!

Ooo very cool. I also see from your site that your music is inspired by Breton and Celtic culture. What got you guys interested in these topics?

Actually… we only play traditional Breton music, it’s what we’ve been doing always, what we’ve heard, what we’ve learned. We sometimes have the feeling that we never really chose Breton music… without sounding like “bragging”, Breton music might have caught us instead

But despite of that, I guess, as musicians and persons, it reflects what really matters for us, old stories, legends, dances, Celtic mythology…

The way we play it might be personal. By traditional, we mean that all the lyrics are from Brittany. Some tunes as well, but not all of them, Yann made a few compositions. 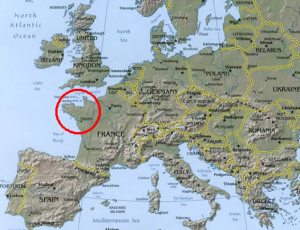 So going back to Istanbul in this conversation, do you guys see yourselves staying there for a while, or could you see yourselves eventually moving somewhere else for further influence and perspective?

Well, when we first came to Istanbul, we didn’t plan to stay for so long! Actually we miss Brittany, we’re going back for holidays, but they’re always too short. Unfortunately, we doubt the economic situation there would allow us to move back permanently, at least, not in the next couple of years.

They’re still a couple of places where we’d imagine we could stay for a while, Scandinavia or the States, the Balkans – well, then, Northern Greece, maybe? The interesting thing about being in a different environment, is that your own culture will reflect differently. Like if by being different among other people, you’d become more aware about what you share and what makes you different. We feel this is as true for music as for life in general. And very often, we’re amazed to see that traditional cultures have much more in common than we would suspect.

Without moving to a new place, we love to travel, and moreover to travel for our concerts, we love to discover new countries, new people, new food! 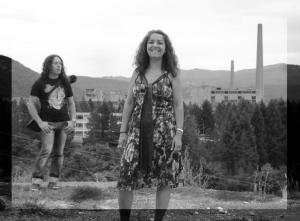 What is your favorite place that you’ve been to?

Hahah, too many to choose from I guess.

And too different one from another !

But from what you tell me and from what I’ve read on your site, it sounds like the place and the people you are around speak through your music and almost have a power of their own.

It is a kind of feeling like that. That’s maybe why we sometimes need a change? Because we ourselves have changed in the meantime? Instead of “favorite” place, we’d rather say that Central Brittany is the place we relate to. Not because it is better, more beautiful (although it is really a gorgeous region) or any thing else, but maybe, because it’s the place we feel we belong to.

That makes sense. I also see on your page that you are influenced by Dead Can Dance. How has listening to these guys influenced your music?

Its quite interesting, I personally was a big fan of DCD as a teenager, and it’s always hard for a fan to tell why. Then, when they paused their career, I myself went more into very “traditional” Breton music, basically a lot of a capella singing, and study of the its very specific ornamentations and rhythms. And I almost forgot about them.

Do you think Dead Can Dance has also inspired you to make World Music?

Wouldn’t say that, not that way. It’s more like… they’re one of our favorite bands, and we’re musicians, so we, consciously or not, will take something from their music. But musicians like Ezam Ali and her project Niyaz or Mehdi Haddab (Speed caravan ‘s oud player) influenced much more of our sound and compositions. But they’re much less known….

Well I will definitely have to check them out after this interview.

I also see from your facebook that you do a lot of artwork. Do you do most of the artwork for the band?

I’ve always been drawing/painting a lot, but I’d never showcase it. I was mostly considering it as a hobby.

One last thing I would like to ask, what is one thing that you would like me – as a listener – to take away from Astrakan Project?

If I think back to what people that came to our concerts told me, I’ve loved to hear people saying that they’ve felt like travelling to another place or time. We’d love listeners to keep memories from our music as if they’d visited another world. Maybe an inside world ? Music can be very powerful, it’s a way to free your soul, to open your mind to your inner world…

Tri martolod an oriant: traditional tune and lyrics from Brittany.