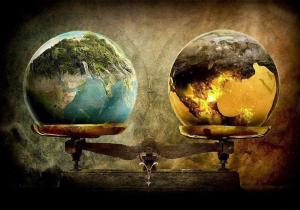 A doctor has good news and bad news for you.

“We got rid of the HIV virus in your system that was going to kill you in 20 years.”

“We did it by inserting a radioactive poison in your blood stream that will kill you in one year.”

This is my reaction to hearing the much lauded news about the recent slow down in carbon dioxide growth that happened in 2012  (New Scientist, 11-6-13). The story reveals that for the first time in a long time, the emissions of CO2 in major states has slowed. Global carbon emissions rose by 1.4 % in 2012. This is compared to the yearly rise of carbon emissions by 2.9 % that we’ve seen since 2000.

So this all seems like great news right? Guess again. Part of the reason why CO2 fell in the United States last year is because of our switch from using coal to obtaining natural gas via fracking. Now there is nothing “natural” about natural gas, and inserting “natural” into the name doesn’t change anything either. There is a tendency to spin ugly truths by inserting prettied up words. Politicians like to talk about “natural gas” and “clean coal.” I can go around talking about “clean cancer” and “sanitary garbage” all I like, but my terms don’t change the reality of my words.

The process of fracking releases Methane into the atmosphere, which is 20 times more potent than Carbon Dioxide. But don’t take my word for it, consult the EPA’s page on Methane Gas. While methane doesn’t stay in the atmosphere as long as Carbon Dioxide, its effect on climate change are 20 times greater than Carbon Dioxide over a 100 year period. Also, according to this website, a majority of methane emissions in the United States come from Natural Gas and Petroleum Systems.

So if we really want to measure climate progress. We should be measuring the drop in green house gasses such as Carbon Dioxide AND Methane. However, I won’t be a complete wet blanket in this article. There is some good news. Solar and wind energy have doubled their contribution to the global economy between 2006 and 2012 (New Scientist). We should applaud nations that have taken major steps in becoming more fuel efficient and fighting climate change. Germany in particular has put forward some pretty impressive reforms. (Lessons From Germany, Time)

Two thirds of the world’s nations have also agreed to some kind of treaty to limit emissions. However, the United States is not one of these countries.  If the United States insists on being an example for the rest of the globe, we need to start making a serious commitment to funding and researching renewable energy sources such as solar and wind. When measuring electricity generated by different sources in the United States, Solar and Wind still only generate 4% of the energy we use. I made some charts so you could visualize this yourself.

This is the measure of net electricity produced by source in 2012. (By Thousand Megawatthours)

This is a measure of electricity generated by Solar and Wind, compared to other sources, just by themselves: 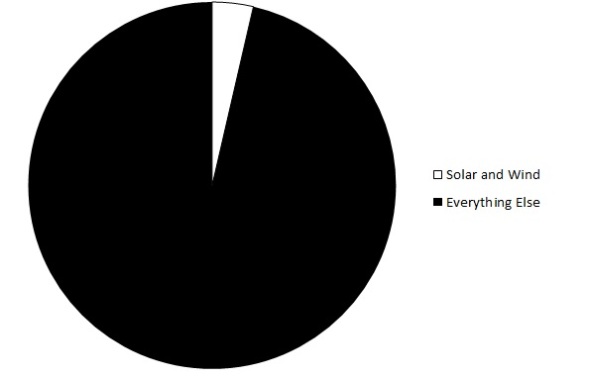 A Plan B For the World

The only way to create something of true beauty of this world is to look beyond its borders…to search outside of the mundane…to step into the realm of liberated wilderness, untamed fire and that ancient chaos to which every true and potent artist has been mouthpiece.

This is what true Magick and Art is about.