The Jinn – Islamic Demons and Spirits 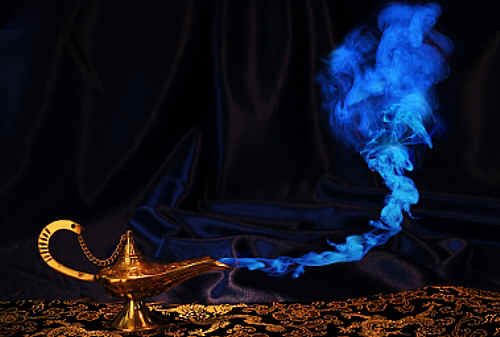 Since we’re in the Muslim’s holy month of Ramadan, I thought it might be interesting to do something different on my blog and cover a Muslim topic. Specifically, I’d like to discuss interesting creatures I read about in the Quran called Jinn.

In the West most of us know about Jinn as genies from movies like Aladdin. But many people don’t know the complete story.

“Indeed We created man from dried clay of black smooth mud.  And We created the Jinn before that from the smokeless flame of fire” (Quran 15:26-27)

“The Angels were created from light and the Jinn from smokeless fire.” (Saheeh Muslim) 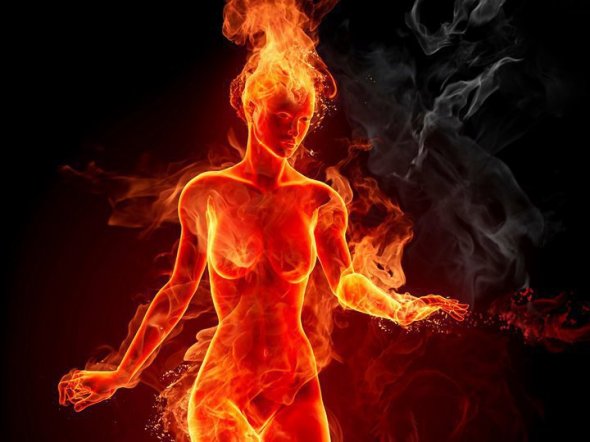 Jinn are not directly analogous to the Christian concept of a demon. Where demons are all evil, the Jinn have free will (just like people). So Jinn can decide whether they want to be good or bad. Most are mischievous because of their fiery nature, but there are a small number of good Jinn. According to Islamic doctrine, the good Jinn are the ones who converted to Islam. Angels, on the other hand, have no free will.

Jinn have their own lives, just as humans do. They can get married, have families, get divorced, so on and so forth. But they are invisible and live in a sort of parallel world, or alternative dimension. They also have much longer lifespans than humans do.

Jinn is an Arabic collective noun deriving from the Semitic root jnn (Arabic: جَنّ / جُنّ‎‎, jann), whose primary meaning is “to hide”.  Thus, they are physically invisible from man as their description suggests.

Like humans, the Jinn too are required to worship God and follow Islam.  Their purpose in life is exactly the same as ours.

The Quran even discusses a group of Jinn who liked the Quran and decided to become Muslims.

“Say (O’ Muhammed): It has been revealed to me that a group of Jinn listened and said; ‘Indeed we have heard a marvelous Quran.  It guides unto righteousness so we have believed in it, and we will never make partners with our lord’.”(Quran 72:1-2)

So Jinn can be Muslims or non-Muslims. But most of the Jinn are said to be non-muslims. And the army of the most famous Jinn, Satan, is composed of non-believing Jinn. The disbelieving Jinn are also called devils.

Unlike Christianity, Islam maintains that Satan (Lucifer) was from the Jinn and not an angel.  Angels do not have a free will to disobey.

What clearly distinguishes the Jinn from mankind, are their powers and abilities. God has given them these powers as a test for them.  If they oppress others with them, then they will be held accountable. And the powers of these Jinn are sometimes used to explain the unexplained mysteries in the physical world. Because Jinn are said to have the power to appear as humans, animals trees and anything else.

The ability to possess and take over the minds and bodies of other creatures is also a power that the Jinn are said to have.  This however, is something which has been prohibited to them as it is a great oppression to possess another being. This concept has been popularly depicted in films like the Exorcist.

The Jinn possess people for many reasons.  Sometimes it is because the Jinn or its family has been hurt accidentally.  It could be because the Jinn has fallen in love with the person.  However, most of the time possession occurs because the Jinn is simply malicious and wicked.  According to the Islamic sites I’ve looked at, a person can recite the Quran frequently to prevent this from happening.

“Indeed, Satan flees from the house in which Surah Al-Baqarah (the 2nd chapter of the Quran) is recited.” (Al-Tirmidhi)

This is not all that different from Christian ideas of demon possession, that the best way to exorcise the demon is to read the bible, or recite the Lord’s Prayer, or simply just to say the name of God.

Humans and Jinn can also get married, although that is not typical. 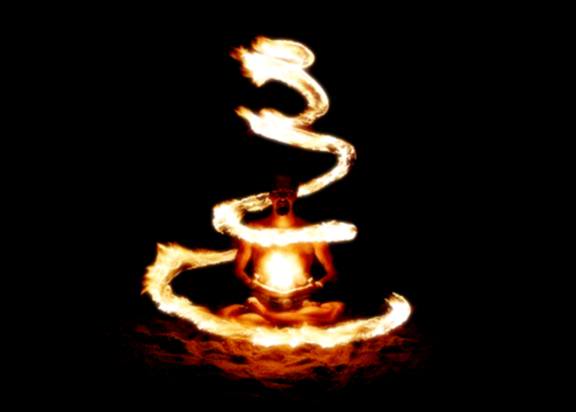 Jinn also aren’t isolated to Islamic culture alone. The concept of a Jinn preceded Islam, and was simply incorporated when the religion came about.

The earliest evidence of the word, can be found in Persian, for the singular Jinni is the Avestic “Jaini”, a wicked (female) spirit. Jaini were among various creatures in the possibly even pre-Zoroastrian mythology of peoples of Iran.

The belief in spirits was prominent in pre-Islamic Bedouin religion. However, there is evidence that the word jinn is derived from Aramaic, where it was used by Christians to designate pagan gods reduced to the status of demons, and was introduced into Arabic folklore only late in the pre-Islamic era. So in the same way that European pagan Gods like Pan were personified as demons when Christianity became a central religion, many ancient Middle Eastern spirits of folk-lore became relegated to Jinn once Islam became a dominant religion. However, instead of making all these beings completely evil as Christianity did, it seems that the Jinn —while mainly evil —do have a bit of a more nuanced nature, in that they have free will.

The Different Types of Jinn 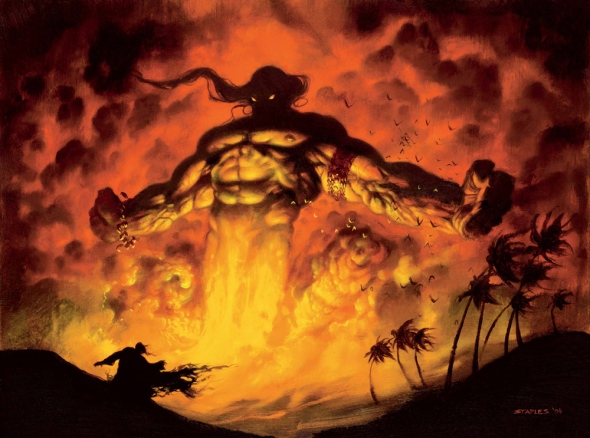 Large and imposing, the Marid are considered the most powerful tribe of jinn. They are the classic genies of folklore, often portrayed as barrel-chested men with booming voices.

Marids are mentioned in pre-Islamic Arabian mythology and inside the One Thousand and One Nights alongside the Jinn in the story of The Fisherman and the Jinni. The term marid is still used in Arabic to refer to giants.

Marids are often described as the most powerful type of jinn, having especially great powers. They are the most proud as well. Like every jinn, they have free will yet can be compelled to perform chores. According to folklore, they also have the ability to grant wishes to mortals, but that usually requires battle, imprisonment, rituals, or just a great deal of flattery. The Bahamut, the giant fish in the Qu’ran, is an example of a non-humanoid form of this particular Jinn.

This jinn is most familiar to the Western Stereotypical view of the Jinn, as muscular creatures imprisoned in magic lamps compelled to grant human wishes. 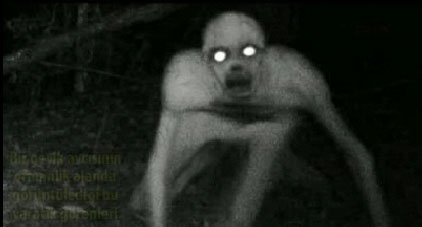 The ghoul are shape-shifting, cannibalistic, and blood-drinking creatures that feed on the flesh of human beings (a sort of vampire zombie?).

The oldest references to ghul in Arabian lore are found in The Book of 1001 Nights. There are several types of ghoul. The most feared is a female type (ghula) which has the ability to appear as a normal, mortal woman. According to lore, such a creature marries an unsuspecting man, who becomes her prey.

The ghoul are nocturnal creatures who inhabit graveyards, ruins and other lonely places. Sometimes they are described as dead humans who sleep for long periods in secret graves, then awake, rise and feast on both the living and the dead. Ghoul also personify the unknown terrors held by the desert.

In Persian lore the ghoul has the legs of a donkey and the horns of a goat. 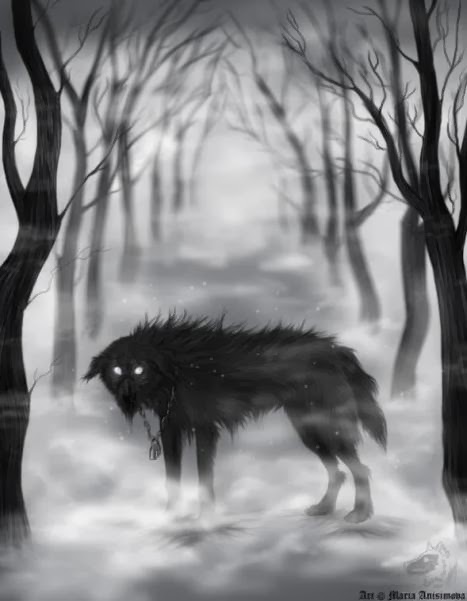 The hinn are jinn, close to animals, and they especially like to appear as dogs.
In Miraculous Aspects of Things Existing (Arabic – كتاب عجائب المخلوقات وغرائب الموجودات), or The Book of Jinn, Zakarīyā’ ibn Muḥammad al-Qazwīnī claimed to have sighted these creatures in Arabia, Persia, and India. The book contains several pages dedicated to this particular Jinn. 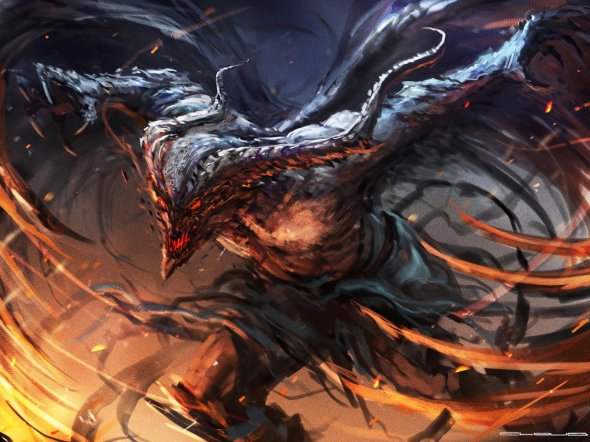 The ‘ifrit (variation: afrit) is cited only once in the Qur’an, in reference to a djinni who fetched the throne of the Queen of Sheba at the command of King Solomon. In lore, the Ifrit is evil and powerful, and difficult to control.

The Ifrits are in a class of infernal Jinn noted for their strength and cunning. An ifrit is an enormous winged creature of fire, either male or female, who lives underground and frequents ruins. Ifrits live in a society structured along ancient Arab tribal lines, complete with kings, tribes and clans. They generally marry one another, but they can also marry humans.

While ordinary weapons and forces have no power over them, they are susceptible to magic, which humans can use to kill them or to capture and enslave them. As with the jinn, an ifrit may be either a believer or an unbeliever, good or evil, but it is most often depicted as a wicked and ruthless being. 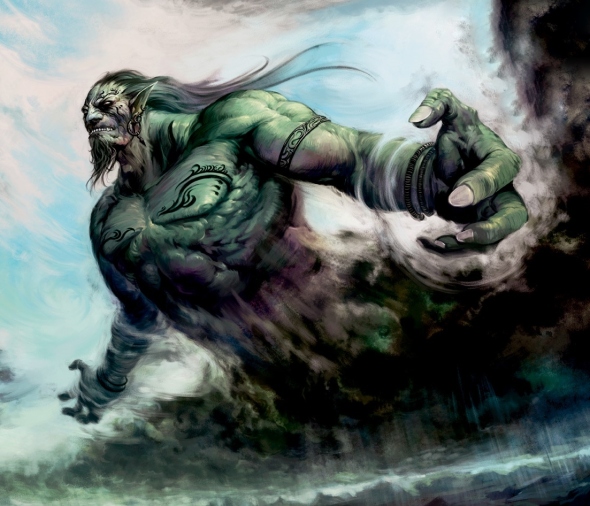 Jann are shape-shifters who live in the desert, and take the forms of whirlwinds and white camels. They are open-minded about humans, and were among the first Jinn encountered by people. They have the power to hide or reveal oases in the desert, depending on whether they like or dislike a party of travelers. They are the enemies of the ghoul.

Throughout history, the Jann have protected armies they deem as righteous, while impeding those they deem unworthy. The entire course of history is affected when they help a side. As a result, many events vital to Islamic history have been attributed to the Jann. 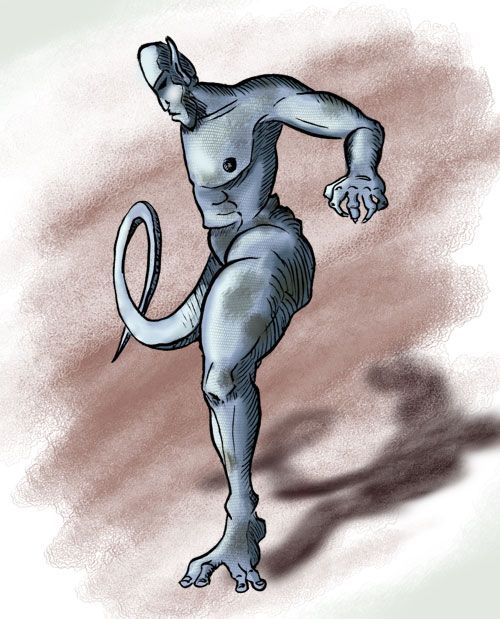 The nasnas is a weak form of a Jinn-Human hybrid.

It is described in The Book of 1001 Nights as a half- human being. It has half a head, half a body, one arm, one leg. It hops about on its single leg.

Also, in Somali folklore there is a creature called “xunguruuf” “Hungruf” which resembles the “nasnās” as it has the same characteristics and features. It’s believed it can kill a person by just touching them and the person would be fleshless in mere seconds.

The palis is a vampiric foot-licker that lives in the desert. It has low intelligence and can be easily outwitted, according to lore. It attacks sleeping people and drains their blood by licking the soles of their feet. It can be fooled by two people sleeping end to end with their soles of their feet together or under each other’s head.

The shiqq is a lower form of djinn, a half creature,or literally only half-formed and thus monstrous in appearance. Muḥammad al-Qazwīnī included Kabandha, the creature from the Southeast-Asian epic, Ramayana, as a Shiqq Jinn.

The si’lat are expert shape-shifters and the smartest of the djinn. They can mimic human appearance with ease. 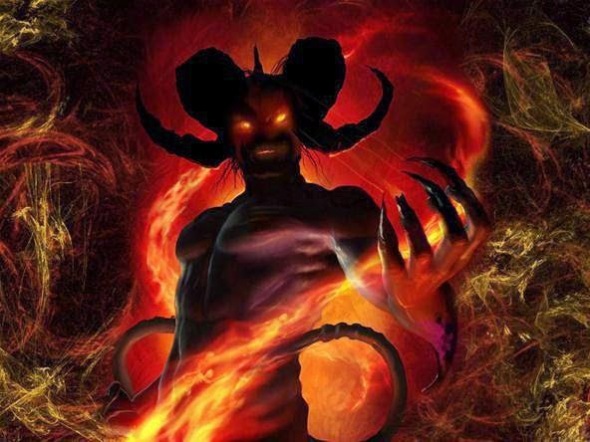 In Islam the Devil is known as Iblīs (Arabic: إبليس‎, plural: ابالسة abālisah) or Shayṭān (Arabic: شيطان‎, plural: شياطين shayāṭīn). In Islam Iblis is a jinn who refused to bow to Adam (ʾĀdam). The primary characteristic of the Devil, besides hubris, is that he has no power other than the power to cast evil suggestions into the hearts of men, women, and jinn. Although the Quran does mention appointing jinn to assist those who are far from God in a general context. “We made the evil ones friends (only) to those without faith.”

The shaitan (shaytan) is a rebellious, malevolent Jinn associated with demonic forces 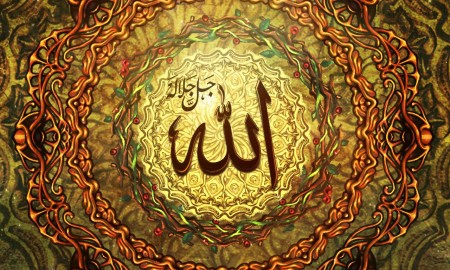 Islam Religion The World of Jinn

Islam Awareness Jinn according to Quran and Sunnah

This entry was posted on May 31, 2017 by Metalgaia. It was filed under Monotheistic, Spiritual, Uncategorized and was tagged with are, demon, jinn, Muslim, ramadan, what.