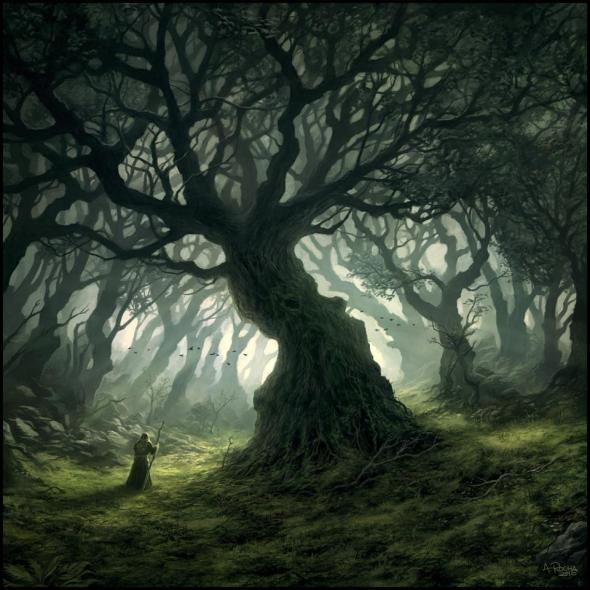 Two days ago, Tolkien fans toasted the legendary author on what would have been his 125th birthday. J.R.R. Tolkien in some ways is a mysterious person. He was a devout Roman Catholic with a strong interest in Norse Mythology. And it was his writing that took the Norse mythology that he studied and loved, and created an entire literary genre around it.

During Tolkien’s education at King Edward’s School in Birmingham, the then young Tolkien read and translated from the Old Norse on his own time. One of his first Nordic purchases was the Völsunga saga ( a late 13th century Icelandic prose rendition of the origin and decline of the Völsung clan).  Both the Volsunga Saga and the Nibelungenlied were texts that had roughly the same date and origin. And both of these provided some of the basis for Richard Wagner’s opera series, Der Ring des Nibelungen, featuring in particular a magical golden ring and a broken sword reforged. In the Völsungasaga, these items are respectively Andvarinaut and Gram, and they correspond broadly to the One Ring and the sword Narsil (reforged as Andúril).

So hmmm…Tolkien was inspired by a story about a magical ring, that sounds kind of familiar…

What is interesting to note, is that in the late 19th century and early 20th century there was a movement of “neo-romanticism.” The romanticism of the late 18th century had a strong emphasis on emotion, and the glory of the past and nature, as well as an intense disdain for industrialization. So neo-romanticism was a reinvention of that in later times.

(Caspar David Friedrich, Wanderer above the Sea of Fog, 1818)

In the Romantic as well as Neo-Romantic movements, there was a romanticized ideal of the past as a time when people were more noble and heroic. Many of these themes are obvious in Wagner’s extraordinary operas (for instance, Flight of the Valkyries). Afterall, as mentioned above, Wagner wrote a certain opera about a certain magical ring and the curse of material greed (very familiar sounding).

Of course, Wagner had very controversial associations, given his anti-semitic ideas, and the Nazis’ love for Wagner. So if Tolkien was inspired by Wagner, he certainly wasn’t going to go around saying so. Especially not after World War II.

But in Tolkien’s work, he did manage to express a sort of Romantic yearning for the glory of the past, as well as a contempt for the power and forces of greed in modern times. The Lord of the Rings Films are also like a work of Romantic art, in Peter Jackson’s emphasis on large, powerful landscapes in which man is only a tiny, and small wanderer lost in the power of nature.

(Landscape from The Hobbit Trailer)

(Here’s a piece of romantic landscape art in comparison. Albert Bierstadt’s Storm in the Rocky Mountains, 1866)

In continuation with the discussion about Tolkien’s norse influences, there are the elves and dwarfs in his story. They’re not something he just made up. They were based on Norse and Germanic mythology. The Prose Edda and the Elder or Poetic Edda contain descriptions of elves and dwarfs.

In Germanic mythology, dwarfs are short, humanoids who dwell in mountains and in the Earth. They are associated with wisdom, smithing, mining and crafting. Dwarfs are also described as short and ugly. 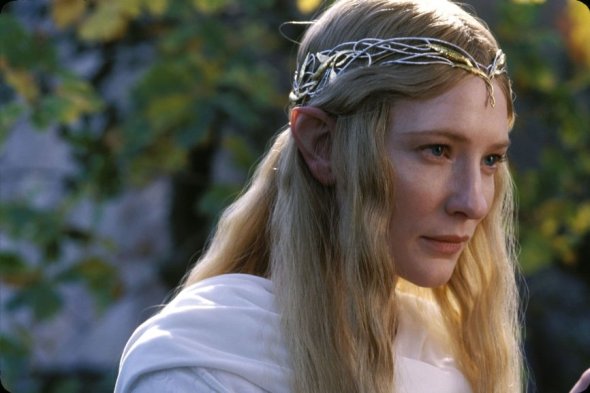 The figure of Gandalf the Grey is also influenced by the Norse deity Odin, who was described as a wanderer, an old man with one eye, a wide-brimmed hat and a long beard. In a letter of 1946, nearly a decade after the character was invented, Tolkien wrote that he thought of Gandalf as an “Odinic wanderer (Carpenter 1981, #181)”. Much like Odin, Gandalf promotes justice, knowledge, truth, and insight.

However, Norse myth wasn’t the only cultural influence. Tolkien’s work was also influenced by Old and Middle English, he based the Elvish language on Finnish, Greek mythology (in terms of the island Numenor being an allusion to Atlantis), Celtic influence in terms of the exile of the Noldorin elves and the parallels of that with the mythical Tuatha Dé Danann, and Arthurian Legend .

Tolkien was also influenced by his own Christian religion as well. The biblical narrative about the fall of man influenced The Silmarillion (in terms of the fall of the elves). 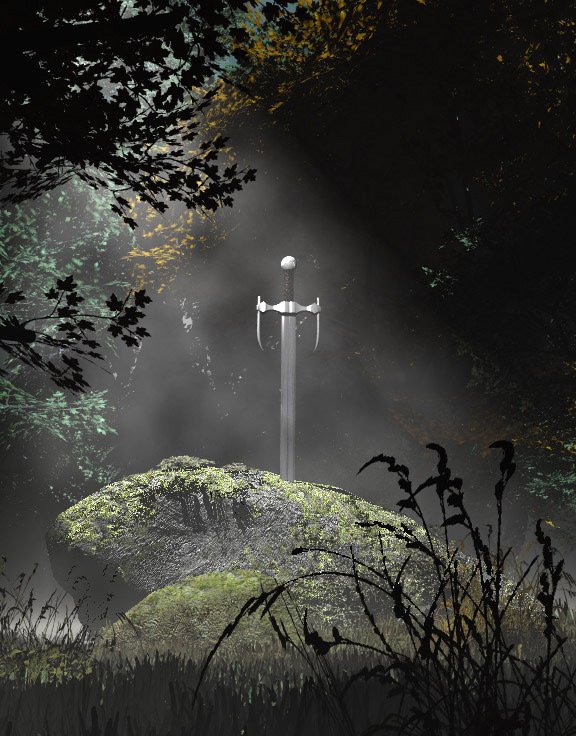 The poem below is from The Fellowship of the Ring. I think it definitely shows the Romantic influences in Tolkien’s work. I.E. the yearning for ancient ways. The contempt for greed.

All that is gold does not glitter,
Not all those who wander are lost;
The old that is strong does not wither,
Deep roots are not reached by the frost.

From the ashes a fire shall be woken,
A light from the shadows shall spring;
Renewed shall be blade that was broken,
The crownless again shall be king.

Also read: “I Sit Beside the Fire and Think“

This entry was posted on January 5, 2017 by Metalgaia. It was filed under Norse, Poetry, Uncategorized and was tagged with mythology, norse, romantic, tolkein, tolkien.