Once upon a time a boy and his little brother were pretending to be a butcher and a pig. The older brother slices the younger’s throat, only to be stabbed in the heart by his enraged mother. Unfortunately, while she was stabbing her son, another one of her children drowns in a bath tub. So then she hangs herself. When dad gets home, he’s so depressed that he soon dies afterwords.

Now this might sound like the content of a death metal video, but this is actually one of the original tales from The Grimm’s Brother Fairy Tales. Jacob (1785–1863) and Wilhelm Grimm (1786–1859), were German academics, linguists, cultural researchers, lexicographers and authors who together specialized in collecting and publishing folklore during the 19th century. They are particularly famous for tales such as “Cinderella,” “The Frog Prince,” “Hansel and Gretel,” “Rapunzel” and “Snow White.”

Recently, Jack Zipes, a professor of German and comparative literature at the University of Minnesota, began to explore why the first edition of the tales had never been translated into English, and decided, eventually, to do it himself. “Though the Grimms kept about 100 of the tales from the first edition, they changed them a good deal. So, the versions with which most English-speaking (and German-speaking) readers are familiar are quite different from the tales in the first edition,” he told the Guardian.

His newly published version of the original 156 stories is just out from Princeton University Press, illustrated by Andrea Dezsö, and shows a much darker side to well-known fairy tales. Several more gruesome stories, like the Butcher and Pig tale, are added back into the edition. Zipes also adds the original versions of our well known fairy tales. The evil queen who wants Snow White killed is actually her mother, Rapunzel gets impregnated by the prince after having a “merry time” with him in the tower, Hansel and Gretel were abandoned by their own mothers, and Cinderella’s step sisters cut off their toes in order to make the slipper fit onto their feet.

So why was the English version of these tales made into a PC production, when the original tales were more R rated? One theory is that the tales were rewritten to appeal to more Middle Class, Christian Families. We can’t forget that the more PC version of the tale was also published in 1857, a time when Europeans were beginning to embrace more “Victorian Values,” which meant taking sex and violence out of the discussion, while adding Christian Values.

I remember back when I was taking a Medieval Literature class, I was surprised by how blunt most Medieval literature was about matters of sex and violence – even during an era when the Christian Church was the predominant authority. In the Canterbury Tales, The Wife of Bath remarries 5 times and brags about how she sexually dominates her much younger husbands in the bedroom. In another tale, a priest comes to a woman’s window at night and asks for a kiss, she instead sticks her ass out of the window and he gives her an accidental rim job.Once he realizes what he had done, he proclaims “I did not know my lady had a beard!” If this isn’t scandalous enough, the young lady in this tale was also cheating on her husband with a younger lover. The next night the priest comes back to get revenge on the young lady, but unexpectedly, her young lover who was with her at the time sticks his rear end out of the window and the priest shoves a burning hot poker where the sun don’t shine.

This is not to mention that many Anglo Saxon inspired Medieval Tales had enough violence to make a Quentin Tarantino movie look G-Rated. Such as one tale I read about a Prince who rescues his princess from being married off to another, he interrupts the wedding, massacres all the guests along with the groom, and then rides away with his beloved.

So you have to understand that before The Victorian Era, much of the Folk Tales of the common people were rife with blunt sexuality and violence. It is also believed that the common child was less sheltered from such brutal realities. In terms of sex, before the Industrial Era, a majority of people lived on farms in close living quarters. It is here that children witnessed the realities of reproduction among their domesticated animals. The children who had to sleep in the same room as their parents were probably also more aware of natural human processes.

In terms of other realities, death was much more common in every day life before the Industrial Revolution. Because of the Industrial Revolution, the population more than doubled in London between 1750 and 1850. Before this period, population growth was relatively stable. The Industrial Revolution helped to provide more food and shelter for the masses, while also cutting down on disease, which is part of why the population exploded. Yet before this period of time, people died all the time from things like the common cold, and surviving childhood was a major accomplishment. For example, in London, between between the 16th and 18th centuries, 30% of children died before they reached the age 15. Many women also died in childbirth because midwives did not know to wash their hands, so the poor mother often got infected.

In short, it is not surprising that folk tales were rife with more carnal and morbid details. Death and reproduction were realities that the common adult and child witnessed day to day.

The common practice of shielding our children from violence and sexuality today is quite new – a Victorian innovation. Today we see this in the hysteria of parents trying to shield their children from violent video games or provocative music. Even seeing a woman’s breasts or a man’s genitals in a movie is met with outrage.

Should parents be more open with their kids about how the world really works? Perhaps such children would be less likely to get pregnant on accident, and be more prepared to face the cruel realities of the real world. Many middle class people today are sheltered, raised in a bubble where everyone gets a trophy or a fuzzy banana sticker for merely showing up, and raised to believe that the world is a nice neat place, while being totally clueless about realities such as the plight of poverty in the third world, the destruction of the environment, and the rapes and murders taking place daily in less stable countries.

Children are much wiser and made of stronger stuff than we give them credit. Perhaps it’s time we stop shielding them from the horrors of reality, and start raising them to be people who will approach and deal such adversity with courage, rather than raising cowards who won’t step an inch away from their comfort zone. 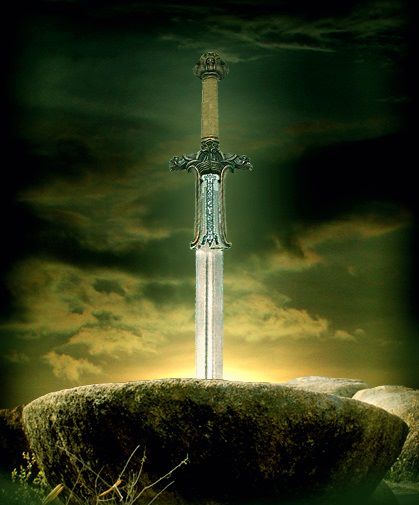 This entry was posted on November 14, 2014 by Metalgaia. It was filed under News and was tagged with brother, fairy, grimm, original, tale.