Týr – By the Sword in my Hand

Band Location: Faroe Islands (an archipelago and autonomous country within the Kingdom of Denmark)

Any Heathen metal head or Folk Metal enthusiast is familiar with the band Týr. A Folk Metaller without Týr in their playlist is like a warrior without a sword, a witch without her broom or me without a secret stash of chocolate in the house. It just doesn’t happen.

This band has been going strong for about 16 years now with 7 full length albums to their name. While they may experiment with their style a good bit, the heart of their music lies in heroic themes of warrior battles, Norse glory, and in general just having a fucking fun time.  The song I posted above has to be one of my favorites and is pretty characteristic of their sound.

As mentioned above, their name is connected to the Germanic God of justice, Týr. The most famous story about Týr is how he sacrificed his hand to the wolf Fenris in order to bind him.

Týr also was originally known as Tiwaz. The Tiwaz rune is named after him and symbolizes fighting for truth and one’s beliefs, as well as standing for dedication and valour in combat. 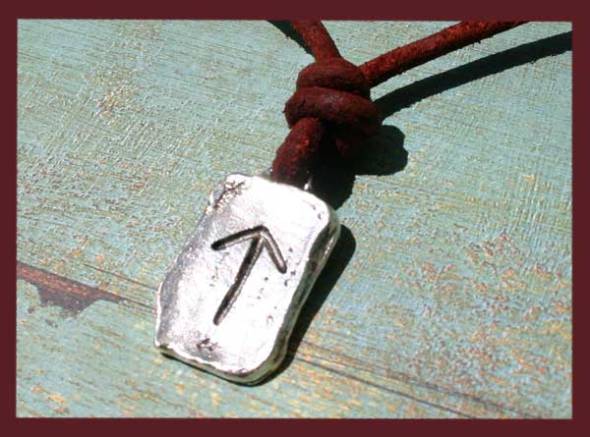 This entry was posted on October 9, 2014 by Metalgaia. It was filed under Folk Metal/Folk Music, Music, Norse, Spiritual and was tagged with folk, god, justice, metal, norse, tiwaz, tyr.