Today I am interviewing the artist behind Idis Örlög. An Idis is a spirit of a Nordic Ancestor – a guide and protector of destiny. Idis Örlög is a musical journey to roots, a medium through which ancestral spirits communicate, sharing their wisdom through the spontaneity of song.

So let’s start at the beginning, How did Idis Örlög start?

So Idis Örlög began with a strike of inspiration. I realized our pagan ancestors have a lot to tell us, a lot we can learn from and this remains unknown due to Christianity’s hold over Europe, and following “re-writing” of history. The idises are female guardian spirits who watch over their kin, their descendants. It is said they can intervene in the lives of their descendants in a positive way, to defend or guide them. I felt like there was this feminine spirit of the north guiding this music to come into existence. Since örlög is destiny, it was a fitting name because it is destiny that we re-connect with our pagan, earthbound roots and appreciate and respect our pagan ancestors. I wished to give voice to these long silenced, but powerful beings who are our own kin, who care so much still to guide us to a better, more aware existence. The songs I began to write came to me, I shouldn’t really say I wrote them: they came to me and I gave voice to them in my own way. And so I continue to do.

Is this a solo project or are there others involved? What instruments come into play?

On the demo, (released by Wolfytr productions) I play all the instruments: guitar, vocals, shaman drum, harp, flute. On the forthcoming album I play the same but had help from Runahild Háleygir (Eliwager) with fiddle and jew harp and flute. I am in the process of putting together a live lineup as well. So Idis Örlög only consists of natural, acoustic instruments.

Do you know when the forthcoming album will be out?

The album will be out by early next year, again on WolfTyr productions.

So, are you still doing stuff with your other two bands, or is Idis Örlög your main project right now?

I am still active with Witchblood and Hekseri, yes. I just finished recording my parts for the upcoming Hekseri album, and am reforming Witchblood upon arrival to Norway, where I am moving shortly.

Do you think this move will have a big impact on your musical projects?

I hope it will set things back into motion with Witchblood, especially to record and play live again. I expect the move to also bring fresh inspiration for Idis Örlög, and a new perspective…

Well, Witchblood and Hekseri are distinctively aggressive, hard metal. They are a way of venting all of this frustration and rage that build up from living in such a fucked up system (I would say “world”- but that is false. The world, the earth are perfectly fine. A combination of weakness and wickedness have brought us to where we are today in terms of all the countless injustices, idiotic doctrines, dogmas, etc)

Hekseri started in 2003, and was the inspiration of the mutual love for metal with my musical partner in crime, Thuringwethil. It evolved into a more complete vision, with mythological topics and comments on religion, dogma, explores some mystical topics as well.

Witchblood began as a concept- one dealing with the theme of witch hunts through the ages, that people who do not choose to follow the sheep herd get branded as heretics, freaks, witches, etc, and how this plays out. A witch would get burnt at the stake. In current society, the same happens- the heretic or dissenting voice gets thrown out of the circle, ridiculed, shamed, held at arm’s length. This even happens in a “rebellious” circle like that of metal, that if you do not adhere to the unspoken codes, like wearing black or drinking alcohol, it becomes harder to get acceptance. Witchblood is all about this- about standing alone and speaking the truth, getting fucked over for it, but coming back again to speak the truth. Literally, song topics deal with witches coming back to warn people-again and again.

Idis Örlög in contrast, is a fresh breath of air, the subtler elements of nature. It may deal with a lightning crash, but in a much “higher” way, this is not the grinding axe, it is the whispering wind. It is not just the thorn- it is the thorn and the ROSE, while maybe the rose is emphasized. It is the ecstatic vision of Oden, the mystery of Ullr, the beauty and pain of Freyja, the completeness of Nordic archetypes with the atmosphere of northern nature and the bliss of trance… the natural instruments allow this to come through. It is solar, but the soft light of the moon is key to the feeling invoked in these pieces. The sleeping hill underneath the sparkling snow… the howling storm, but the peace which follows, the strength of the mountain to endure peacefully. It is the neutral shaman staying centered and tranquil as the storm rages, perhaps piercing his flesh, but he remains undaunted and emerges whole, stronger after. The metal music is about dancing enraged with the storm, a berserker warrior feeling, whereas this acoustic music is about merging with the storm, and also the peace which follows. The quiet hollow of the forest, the setting sun, the rising sun, the simple struggle of awakening to spring. 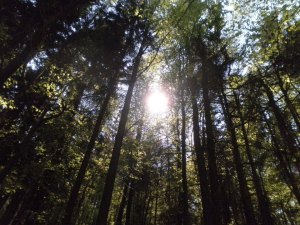 It’s my feeling that the Idises (we all have them- they are our pagan ancestors) either are “frustrated” in that so few heed what they would show us, guide us with, or are pleased with those of us who do hear the call. The call they send to us, that is the common thread of nature as well. In these times of materialistic decay and oblivion by the masses, there is still this gross debasing of our roots as beings intrinsically tied with the planet, a lack of appreciation for the sacredness all around us: that more worth is placed in these objects of status like phones and computers and cars than in a living thing-like a tree, or the air, or the water which all have consciousness of their own.

Since Christianity and other monotheistic cults came to Europe, destroying the native religions in place and replacing them with the foreign creeds, the alienation and separation to roots and to the earth has been ongoing. Europe had her very own spirituality, akin to that of the native people of the Americas- tied to the earth, understanding we humans are a part of the natural landscape instead of being the “ruler” of it, as Christianity would have us believe. This is where we must return- to see the soil, the sky, the water, the plants, as a part of us and we a part of them and all animals too- to see the sacredness of the sun providing warmth for survival, to know how to communicate and commune with the holiness that is the connection of nature once more. This is what I feel our pagan ancestors, our Idises, have to communicate to us. That we open our eyes once more. 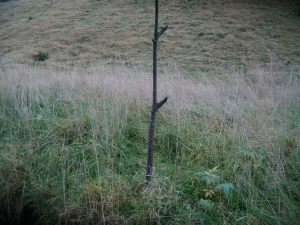 Even before the time of the Latin letters, we had our own runic alphabet in northern Europe. This was a sacred alphabet-the runes. It originated from holiness and was inscribed on sacred stones. Now these runes are appreciated and acknowledged once again. I believe this is a way in which the Idises-who can also be seen as a link to the Gods-have manifested their presence and communicated with us.

Just curious. An Idis is a spirit of your Nordic Pagan ancestor, but I don’t have any Nordic ancestry (I am a Celtic Lass). Can I still learn from what the Idises have to teach people? 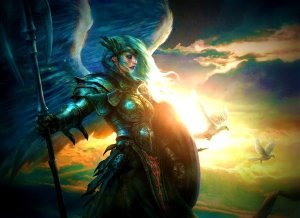 The Idis is the embodiment of ancestral spirits, acting as guardians. “Idis” would be the Nordic name, but these forces are at work in different forms of equal importance for all people. So the Nordic “Idis” would be at work for Nordic folk, but there are other guardians for other people, behaving the same but perhaps envisioned a bit differently to fit the cultural, spiritual landscape of that ancestral group. At any rate, these Nordic archetypes, elements are something all people can learn from, although I feel the personal roots that one has through a bloodline often speak loudest for reasons of personal relation. (So each family, each person would have their own “Idises”, and we can envision them as silvery haired Nordic maidens, or as fiery haired Celtic Warrioresses, or spirited amazons, etc depending on one’s background).

All great spiritual truths are universal, perhaps envisioned in different contexts, but we can all learn from these truths. Such as a Buddha teaching wisdom: I don’t have to be a Buddhist to learn from this truth.

Thank you for taking the time to talk to me today and offering such in depth responses about the spirit behind the music. I will be sure to check out your album when it comes out next year.

This entry was posted on October 16, 2012 by Metalgaia. It was filed under Interviews, Norse, Spiritual and was tagged with folk, Idis Örlög, interview, music, pagan.